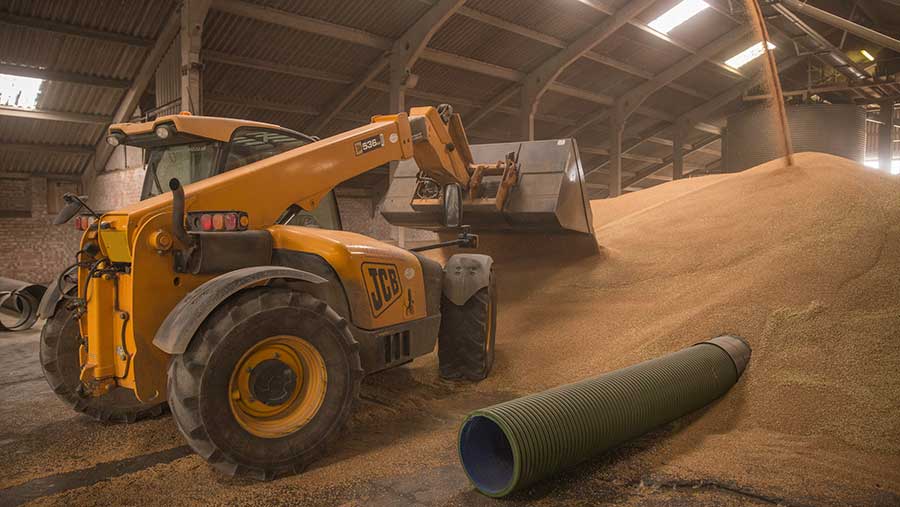 Wheat prices have seen another firm week, ending with a forecast that world total grain production in 2017-18 will be lower than consumption for the first time in five years.

Nevertheless, heavy stocks still hang over most markets, so any upward movement over the next few weeks is likely to be short term and on weather-related news as harvest approaches.

“Continued dryness and forecasts that have rain in them, and then do not, is increasing concerns over new crop prospects, with yield aspirations being lowered to a more average level around 8t/ha.

“The UK already faces a tight 2016-17 balance sheet, so the prospects of another circa 14m-tonne crop leaves little scope for exports and the likelihood of another season as a major importer, given current projected domestic demand.”

The world grain production estimates came from the US Department of Agriculture and pushed up futures markets.

It was a relatively large drop in maize production and stocks which contributed most to the estimate of world grain production being lower than consumption.

While global wheat production in 2017-18, estimated at 737.8m tonnes, is 2% lower year on year, it is still the second highest figure on record.

Wheat stocks at the end of the 2017-18 grain season are also forecast to hit another record.

“The thing to bear in mind here is that even though 2017-18 output is forecast lower than consumption, record level stocks from 2016-17 are expected to provide a cushion,” said Amadeep Purewal, senior analyst with AHDB market intelligence.

“However, with stock levels generally expected to deplete next season, the market is more open to supply shocks going into 2018-19 which could increase volatility.”