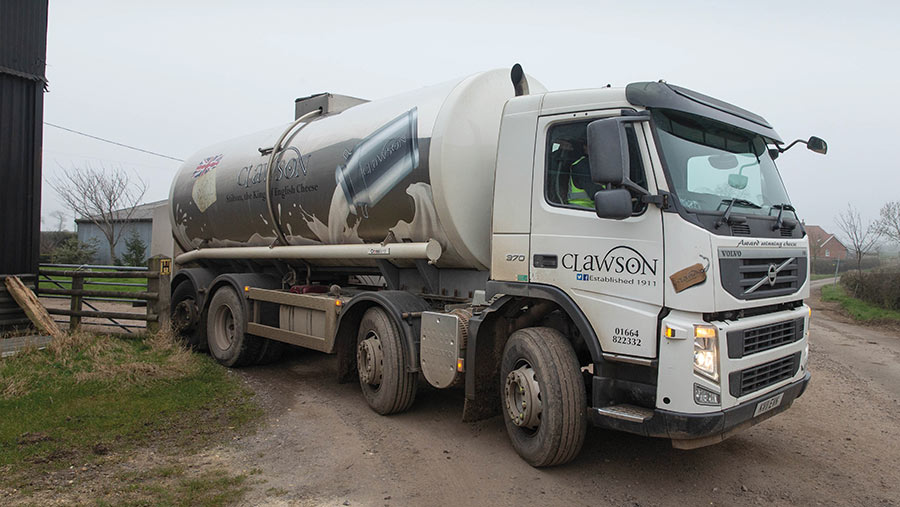 Recent milk price rises have breached the 40p/litre mark for May, but with costs continuing to rise and production lagging, advisers have already set 50p/litre as the new target.

Analysis by Kite Consulting shows processors will need to pay closer to this level if they wish to reverse the drop in milk volumes.

A milk-to-feed price ratio of 1.2:1 is usually required to encourage farmers to feed more and, in turn, increase milk output, according to the group.

As feed costs rise above £300/t, milk prices need to be about 46-48p/litre to encourage increased output.

John Allen, Kite Consulting managing partner, said history also shows that in exceptional times a ratio of 1.3:1 is required to turn volumes around and, for that to happen, the milk price needs to be more than 50p/litre.

“Aside from feed, fertiliser prices and availability will also be a key factor this grazing season, as it is likely that farmers will cut back on fertiliser use, despite the false economy of doing so,” said Mr Allen.

“This will potentially mean that forage quantity and quality will be compromised for the winter, as big, bulky forage cuts will do little to stimulate milk volumes.

Inflation caused a 12% increase in milk production costs in the year ending March 2022, according to Nick Holt-Martyn of The Dairy Group consultancy.

Variable costs were up 19% and, while total output rose to leave profit after unpaid labour higher by 0.2p/litre than for March 2021, this was still below breakeven point.

The net effect of this and other cost increases is a projected loss of 0.3p/litre after unpaid labour is accounted for. Meanwhile, production is expected to continue falling in all of the main global dairy-exporting nations for the remainder of 2022.

“All things considered, a recovery in supply is unlikely in 2022 and pressure is on to support producers to prevent further declines,” said Mr Holt-Martyn.

Dairy processors First Milk and Crediton have broken the 40p/litre barrier for May.

First Milk has added 2.9p/litre for May 2022, on top of its previously announced 1p/litre rise for the same month. This puts its manufacturing standard litre at 40.05p/litre, inclusive of the members’ premium and regenerative farming bonus.

This includes a farm metric bonus of 0.5p/litre.

Cheesemaker Wyke Farms will pay 41.41p/litre for May. The company made a pre-tax profit of £4.1m for the financial year ending 31 March 2021, which was a 28% rise on the previous year.

The merger of milk processors Nijjar Group Holdings (Freshways) and Medina Holdings has been cleared by the Competition and Markets Authority (CMA).

The joint operation will process more than 450m litres a year through sites at Acton and Huddersfield. A third site will be created in Southampton with the reopening of the Watson’s dairy site.

The CMA investigation found Medina has been in financial difficulty since at least 2018.

Evidence put forward by the firms suggested that without a merger, it was likely Medina would have had to exit the industry. Freshways agreed to provide a loan to Medina worth £8m in January 2021.

The CMA said it did not believe that the merger would result in a substantial lessening of competition within a market or markets in the UK.