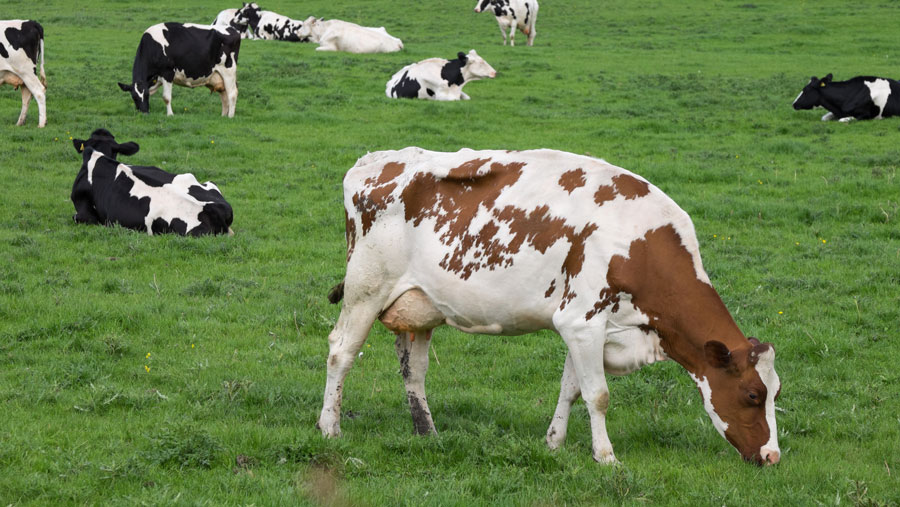 Arla is asking all its organic farmers to increase biodiversity and convert to 100% renewable energy.

The co-op has issued a new set of organic standards, due to be introduced from January 2022, as part of its wider business target for 50% growth in its organic dairy business in the next five years.

Arla organic farmers will be expected to reduce carbon dioxide equivalent (CO2e) emissions/kg of milk by 30% by 2028 – two years before Arla’s wider dairy target of 2030.

Farmers are expected to have begun putting solutions in place to meet the 100% renewable energy requirement by January 2022.

The four key areas of focus for the co-operative will be climate impact, animal welfare, soil health and biodiversity.

The dairy co-op’s target of 50% growth of its organic dairy business by 2026 will see its organic milk volume milk grow from 180m to 270m litres.

Demand for dairy products in the UK is currently at just 1.2%, which is much lower than in many other European countries. However, there has been strong growth year-on-year for the past five years.

Ash Amirahmadi, managing director at Arla Foods’ UK, said: “We believe there is a big potential for organic dairy here in the UK as more and more British consumers are turning to organic food.

“Just like in other parts of Europe, we believe the trend of organic dairy will continue to grow in the UK, and with our new and improved organic standards, we want to make it even more attractive for British consumers to choose organic when they are shopping in the dairy aisle.

“Arla expects to source the initial part of the growth ambition for its organic business primarily through increased production from existing organic farmers.”