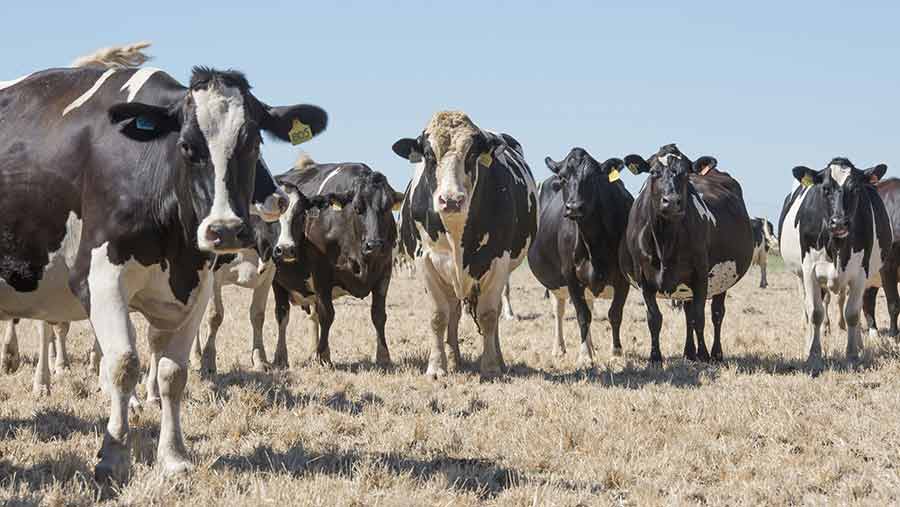 Australian dairy farmers are facing a co-operative crisis that will dredge up dark memories for some British producers.

The country’s biggest processor, co-op Murray Goulborn, has admitted to overpaying for milk and now has to claw back cash from its farmers.

British farmers will remember their own collaborative woes, most recently First Milk’s payment delays and £10m financial hole in early 2015.

The co-op has offered farmers a support package that will pay $5.47/kg (20-21p/litre) for the rest of the season. But this will be paid back through deductions over the next three financial years.

Murray Goulborn’s managing director has resigned, along with three board members. The chief financial officer will quit after delivering the full-year results later this year.

The announcement has rocked the Australian dairy sector, with other processors revealing hefty price cuts and national politicians weighing in.

The country’s farmgate prices have held up fairly well until now, helped by decent domestic demand and a weak currency. But producer margins have been kept tight by high grain and hay costs.

Fearing a crisis, one activist farmer group in the state of Victoria has proposed an emergency milk levy.

Aussie shoppers would have to pay 50c (25p) extra for each litre of milk to secure the future of the country’s dairy sector.

The roots of Murray Goulborn’s problems lie in a AU$500m (£253m) fund-raising plan last May. To fund investment in added-value products, the co-op opened up to outside investors, with shares tradeable on the Australian stock exchange.

When Murray Goulborn unveiled half-year results on 29 February this year, it dropped the forecast to $63m (£32m). But its board committed to paying the full milk price, of AU$5.60/kg (21p/litre).

Then came the crisis. On 22 April, the co-op stopped trading on its shares as it reviewed its operations. Five days later, it announced it could not afford to pay farmers what had been promised.

In a presentation to farmers, chairman Philip Tracy blamed the strengthening Aussie dollar, lower-than-expected milk powder sales in China and a devaluation of milk bought by the company.

In April, Murray Goulborn’s UHT milk and adult milk powder, under its Devondale brand, was pulled from sale on China’s biggest e-commerce site. Despite the free-trade deal between the two countries, Chinese authorities wanted to crack down on cross-border internet selling.

Murray Goulborn’s share price has more than halved since trading resumed in late April. This was an extra blow to farmers who last year bought new shares, the value of which has shrunk by more than AU$200m (£101m).

An international law firm is considering a class-action suit against the company, asking if its first profit estimates were ever achievable.

The processor, which has about 1,000 Australian suppliers, dropped its rate from AU$5.60/kg (21p/litre) to $5.00/kg(19p/litre). Farmers have slammed the move as opportunistic, but Fonterra said it was bound by a supply agreement to match a benchmark price – which is closely linked to Murray Goulborn’s.

The Australian processor’s troubles show what issues dairy farmers around the world share.

They are all battling to stay afloat, with world markets stubbornly stuck at multi-year lows.

And, wherever they make milk, getting farmers to work well together is not an easy job.