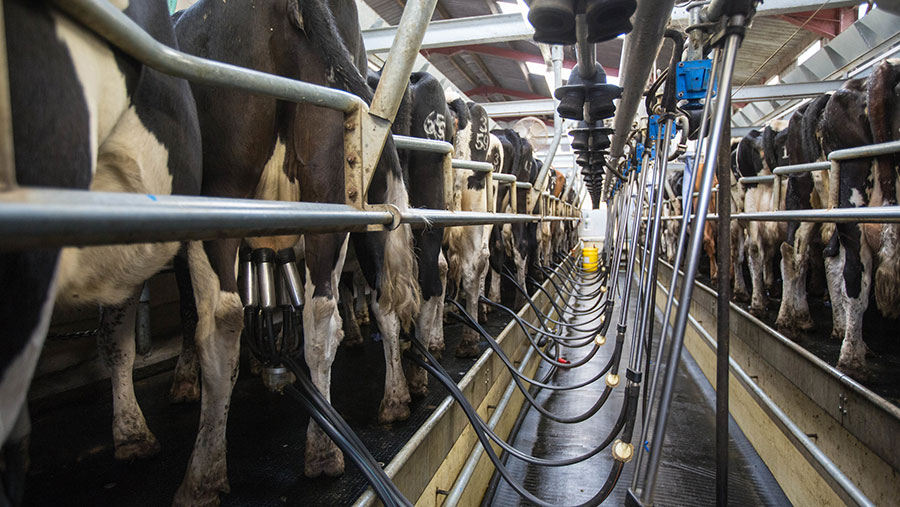 West Country cheesemaker Barber’s is holding its May milk price, despite domestic milk production being at record levels and concern over the effects of a no-deal Brexit on exports.

The processor will keep its standard litre price at 28.3p/litre (4.1% butterfat and 3.28% protein), for the fourth consecutive month for its 150 or so producers.

This equates to 29.13p/litre when applied to milkprices.com’s manufacturing league table specs (butterfat 4.2% and protein 3.4%), or 30.16p/litre if milk is delivered at identical average constituents as supplied in February.

The business said UK milk production had moved from a low point of 12.9bn litres in 2012-13 to an estimated 14.8bn litres for this milk year, which would be the highest UK milk supply for 32 years.

This rise of 1.9bn litres is roughly the same as the total amount of liquid milk sold by Tesco, Sainsbury’s and Asda each year.

Irish milk production has also rocketed by 2.5bn litres over the same period.

The growth in supply is creating a challenge for processing capacity, with spot milk prices currently about 20p/litre – the lowest for three years, it said.

The processor has also warned that a no-deal Brexit would have a significant effect on cheese exports.

According to the Provisions Trade Federation (PTF), is there is no Brexit deal, tariffs on UK cheddar exports to the EU will be more than seven times higher than on the equivalent imports from the EU to the UK.

This equates to a tariff of about £1,450/t being applied to a current mild cheddar value of £2,840/t, resulting in the majority of UK cheddar being left completely uncompetitive, as it would cost more than £4,000/t to export to the EU.

Meanwhile, imports of Irish cheddar to the UK would only incur a +£200/t equivalent tariff.

Expressed in farmgate milk price terms, the EU standard cheddar tariff that would apply to cheddar of UK origin equates to about +14p/litre, against the equivalent tariff to take product from the EU to the UK of just +2p/litre.

“It’s a bleak prospect, and underpins the desperate need for the government to somehow finally end the uncertainly and risk and conclude a way forward,” said the company.