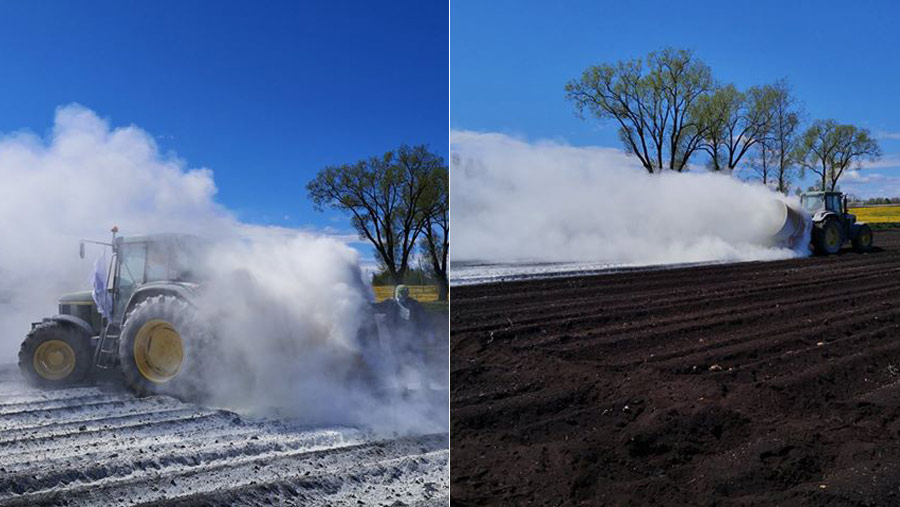 Milk producers across the European Union have been mounting demonstrations to demand EU-wide cuts in production to help tighten the market and lift prices during the coronavirus crisis.

Organised by producer body the European Milk Board on Thursday (7 May), dairy farmers in seven countries staged a variety of activities to draw attention to the issue.

Some of the most striking images came from Lithuania (above), where an SMP-spreading campaign was carried out by EMB members near the city of Kaunas in the centre of the country.

In Germany, producers erected a skimmed milk powder (SMP) pyramid in front of the Reichstag (government headquarters) in Berlin. 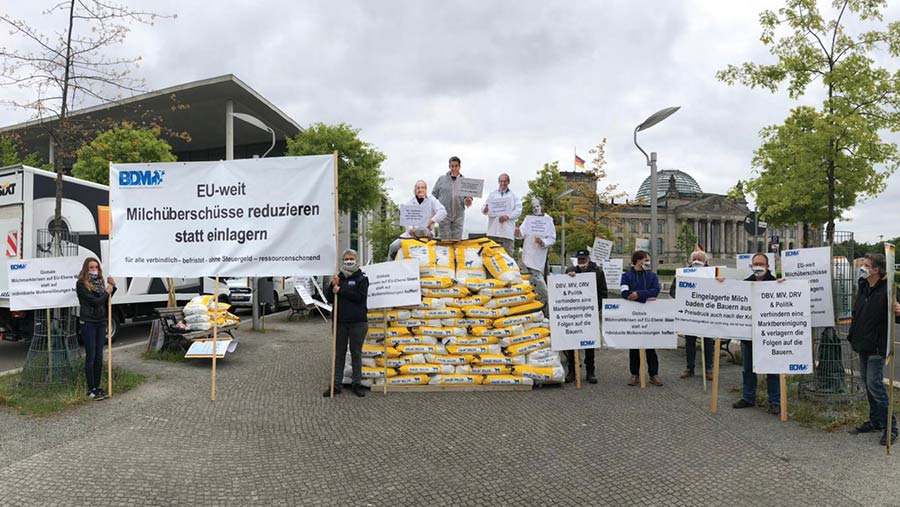 In France they sprayed SMP on fields and dung heaps in a number of different regions. In a Facebook video SMP is blown onto a manure heap in Oise, France by the Dusautoir family.

Powder was sprayed on a field by Luxembourg dairy farmers in Niederglabach. 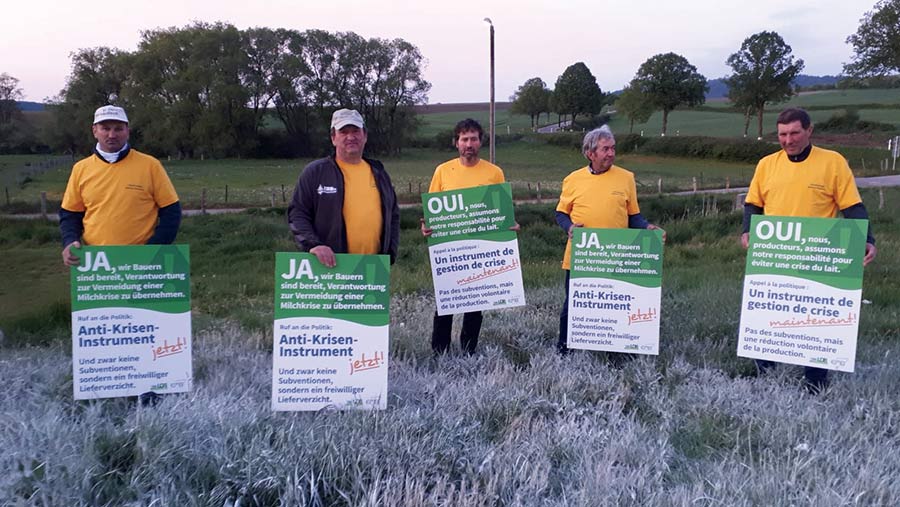 Adrien Lefèvre, a milk producer in the Ardennes, spells out his SOS message in milk powder. 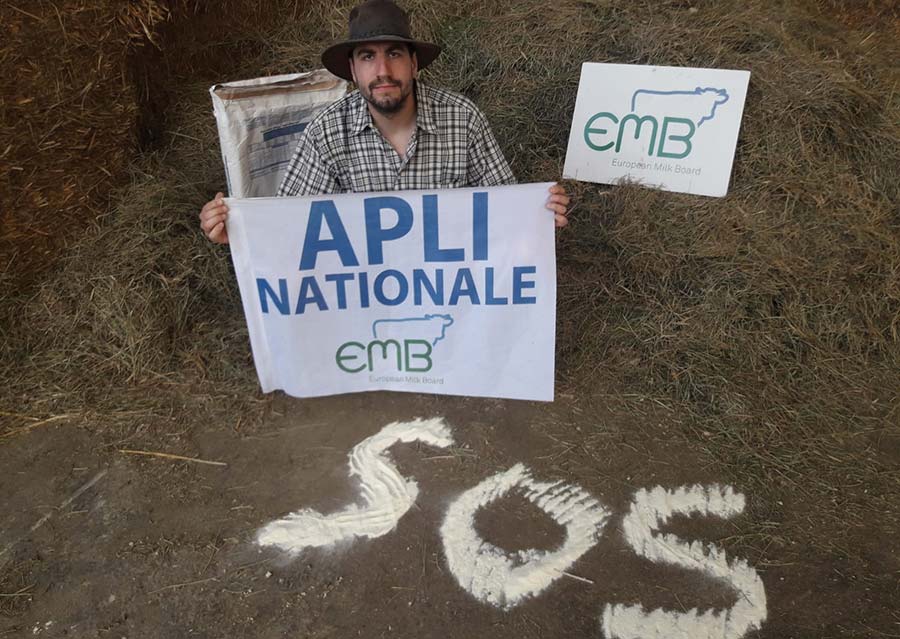 According to Belgian dairy farmer and EMB president Erwin Schöpges, “SMP has now become the EU-wide symbol for the misguided crisis measures implemented by the European Union in the dairy sector”.

He maintains that simply building up stocks of butter and powder to deal with the coronavirus-related collapse in demand is just storing up over-supply problems for some future date.

It also means that the €30m EU spend is being targeted at processors, not producers.

“We are currently producing way too much milk and this volume needs to be reduced EU-wide,” he said.

While such cuts should be voluntary, with compensation paid, they should be co-ordinated by the EU Commission in order to make them effective, he added.