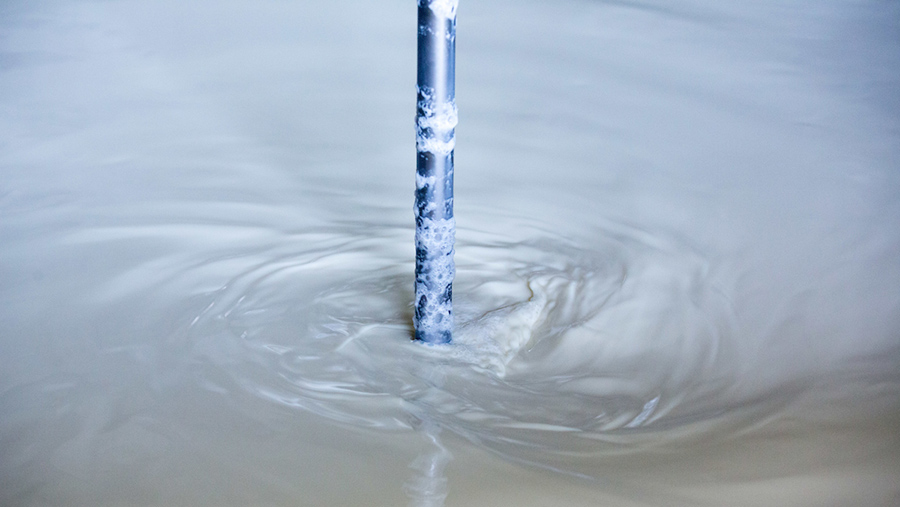 Dairy farmers have been forced to dispose of milk on farm amid an intensifying crisis in parts of the supply chain that are unable to provide for shuttered food service businesses.

A number of producers for Freshways have been forced to dispose of milk in slurry lagoons after the company told farmers at short notice this weekend that farm collections would be delayed.

The move comes despite the company securing a new route to market for some of its product after it signed a supply deal with Morrisons wholesale operation, although no information is available on volumes.

An email sent to suppliers on Sunday 5 April said: “Due to ongoing restrictions which are leading to more stringent handling procedures, staff shortages, slower production etc.. you may experience delays in farm collections.

“Please take whatever action is needed to insure that the quality of milk which is collected will still meet the standards required.

“This may unfortunately mean that some milk will have to be tipped.”

Freshways supplier Peter Pratt told Farmers Weekly that the company had sent hauliers contracted to the firm home and that it is currently unreachable by phone.

He said he will be forced to dispose of 6,000 litres each day that a lorry does not arrive on his farm.

The latest blow follows the processor announcing on 19 March it would cut milk prices to 24p/litre and delay payment to farmers, as it was making losses by being forced to sell milk on the spot market – which was then trading at 24-25p/litre.

Since then, spot prices have slumped to slumped to 5-10p/litre delivered, further exacerbating the problems facing the firm and others like it.

The news comes as Medina Dairies said it would cut its price by 2p/litre to a standard litre price of 23.75p/litre from 1 May and delay payments by two weeks from 13 April.

Not a tenable position

Last week, the NFU warned up to 30% of dairy farmers could be affected by milk price cuts relating to the slump in demand caused by the coronavirus crisis.

Additional supermarket demand for milk appears to be largely met by existing suppliers meaning there are few outlets for the surplus milk that should be going into catering businesses and coffee shops that are now closed.

NFU dairy board chairman Michael Oakes said measures such as intervention buying and the underwriting of the value of milk produced are being considered by Defra, but he warned the department is stretched as the dairy sector is just one of a number facing difficulties.

Intervention buying is not something the NFU likes in normal times as it can extend the duration of a downturn, but measures beyond financial bailouts were likely to be necessary as the situation was deteriorating, he said.

“Businesses are being put at risk through no fault of their own,” said Mr Oakes.

“There is a very sizable proportion of farmers whose cashflow has been immediately impacted and it is not a tenable position.”