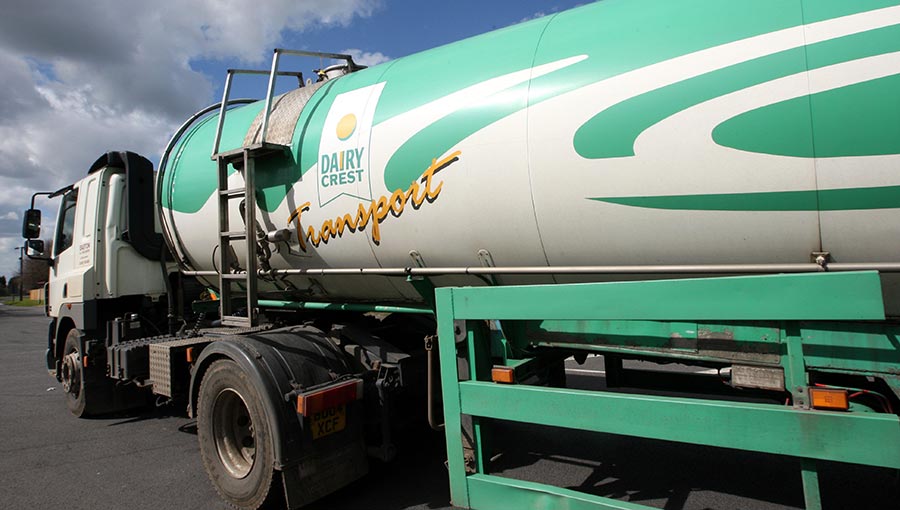 The price of £6.20 a share offered by Saputo was a good deal for the company, according to Dairy Crest chief executive Mark Allen.

“We think it reflects value for all our stakeholders, our shareholders, our employees, our farmers, our suppliers, our customers and our pensioners.

Today we have announced that our Board is unanimously recommending an all-cash offer by Saputo to acquire Dairy Crest https://t.co/JiPK9bTZE9

Mr Allen added that Saputo was a great fit to take over Dairy Crest, being a top 10 global cheese company in terms of scale and also being the number one cheese manufacturer in Canada.

“From a Dairy Crest point of view, it has got a strong financial position that will help us accelerate our growth ambitions.”

Mr Allen reassured Dairy Crest producers that not much would change at all following the acquisition and the takeover would be good news for all stakeholders – including Dairy Crest’s 330 direct farmer-suppliers producing around 500m litres of milk a year.

The offer is now subject to shareholder approval, but the board of the milk buyer behind brands Cathedral City and Clover and Country Life butters unanimously recommended approval.

Chairman and chief executive of the Canadian dairy firm Lino Saputo said that under Saputo ownership, Dairy Crest will be able to accelerate its long-term growth and business development potential.

Saputo is a global giant in the dairy industry with a huge presence in North and South America, as well as in Australasia.

The milk processor is the largest cheese manufacturer in Canada, the biggest dairy processor in Australia and the second largest in Argentina. The milk buyer also has a substantial presence in the US.

Credit due to chief executive

“Mark [Allen] deserves a lot of credit. He’s worked up the UK’s most attractive cheese brand, Cathedral City into what it is today and has sold it for a very strong price,” said Mr Walkand.

He added that the takeover was no surprise as Cathedral City is the best dairy brand in the UK and it was only natural a company added it to its portfolio – he was just surprised that turned out to be Saputo.

“I was surprised other buyers did not come in for them sooner,” Mr Walkland said.

“I did think Muller might be interested to add a cheese brand to its portfolio, which it currently doesn’t have. But its recent announcements mean it probably wasn’t in a position to do more.”

Mr Walkland added that he did not think there would be many Dairy Crest farmers left who still had shares in the business and so would be profiting from the leap in share price.

“The economics of the industry will have meant many farmers have already sold their shares in the business.

“It’s sad in a way because Dairy Crest was once owned solely by farmers,” he added.