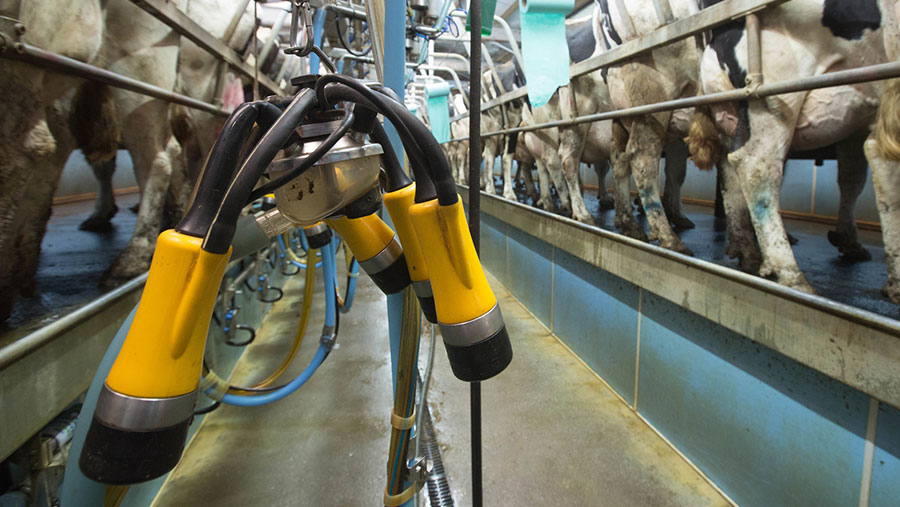 The number of farmers exiting dairy exploded from its already accelerated rate last month as the sector continues its long-term contraction.

More dairy farmers quit the industry in February than in any month since March 2007, the latest Food Standards Association (FSA) figures suggest.

The numbers, which are produced in February, refer to the last three weeks of January and the first week of this month.

In total, there were 106 fewer producers registered in England and Wales compared with the previous month.

In the four months since November 2018, 222 dairy farmers, equating to 2.4% of the industry, have quit the sector.

That figure compares with just 79 producers leaving the industry in the 12 months ending October 2018.

The monthly drop was so dramatic, AHDB Dairy was working with the FSA to see if the result was an anomaly.

An AHDB Dairy spokesperson said that the figures could have been worsened by by changes to data protection law or the recent ‘Project Calf’ .

“The recent introduction of GDPR means the FSA may well have had a clear out of dairy farmers on its books who have already quit the industry but neglected to inform them,” said the spokesperson.

They added, “Project Calf may have also spurred many ex-producers who are no longer in the industry to get removed from the FSA list to guard themselves from activists.”

The levy board hoped to have more information as to the validity of the figures by the beginning of next week.

“In the past four months, 3% of the industry has gone, which is absolutely incredible,” said Mike Houghton, partner at farm business consultants Andersons.

“Whether that trend line carries on or not it is very hard to see.

“Last month suggests a lot of people in the north of England and the far West went so it’s people starting to exit from the strong dairy areas as well as eastern counties and places where cows are a rare breed these days.”

Almost half of all leavers in the February figures were in the north of England, with 49 quitting in total.

A further 24 and 22 producers who quit were based in the far west and north-west of England respectively.

Wales saw an even spread of leavers across most counties, losing 10 producers in total in February – 0.6% of the nation’s total amount.

“Whatever happens, we had have had more than 200 producers gone in the last four months – it has not happened like that before,” added Mr Houghton.

“I thought supply would begin to fall away but that is not the case at the moment.”

Despite the most sustained decline in producer numbers for decades, the national herd size has not followed the same trend.

The latest AHDB Dairy figures for December 2017 actually increased by 0.7% to 1.9 million milking animals, compared with the same month the previous year.