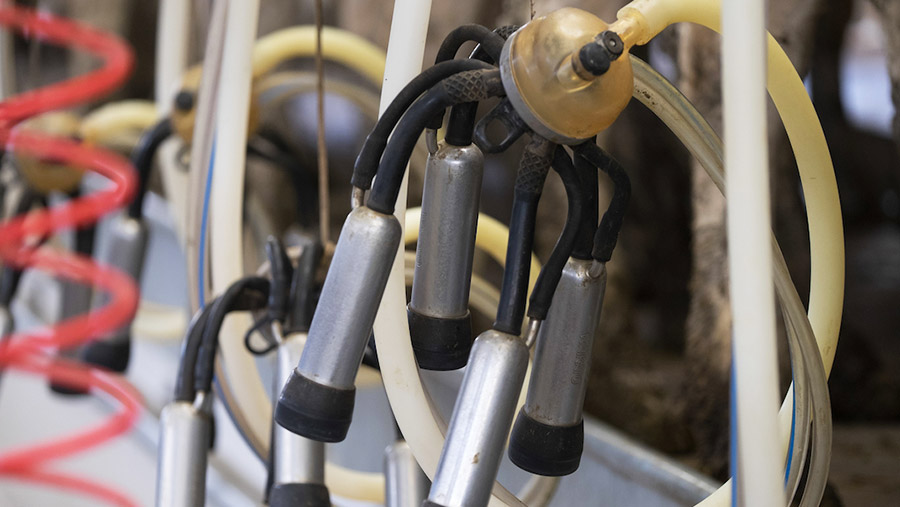 Dairy farmers ramped up concentrate use across May, June and July in order to maintain milk yields, leading to an average feed price increase of 1.3p/litre in July alone, according to new Kingshay figures.

The data shows that concentrate use a litre of milk increased by 3.3%, 2.2% and 5.5% during each respective month compared with the year before, according to AHDB Dairy.

Increased concentrate use supported nationwide milk yields as milk from forage slumped, down 7% in July compared with the same month in 2017, 5% below the five-year average.

UK milk production caught up with year-earlier levels as of 4 September, according to AHDB Dairy. It said current deliveries were ahead of forecasts.

Production had dropped off from 29 June, following record temperatures that restricted grass growth and affected yields.

The latest AHDB estimates for August stood at 1,012m litres for the UK, 0.4% behind the same month in 2017. Higher production in Northern Ireland offset lower GB production.

The Global Dairy Trade, an indicator of international dairy market sentiment, edged down 1.3% during the 18 September auction to give an average price of $2,934/t (£2,226/t).

Auctions have either fallen or seen no change in the past eight auctions, leading to an index value fall of 14% since May 2018.