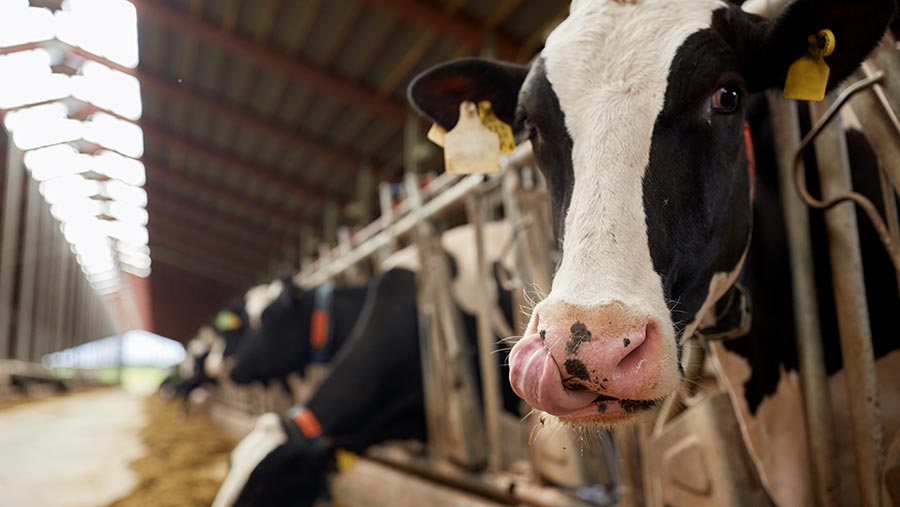 This marks an 11.1% rise on the current 36p/litre being paid by the company and is the first step in breaking the psychological 40p/litre barrier on a non-aligned contract.

In a letter to suppliers and customers, managing director Bali Nijjar said that where contractually possible, the 40p/litre rate would be paid by some Freshways customers at shorter notice and this would be passed back to farmers in their April price.

“This is unlikely to be very significant and I cannot indicate at this stage what level this increase will be, but I have set the challenge,” said Mr Nijjar, who encouraged milk suppliers to produce B litres, currently worth about 49p/litre.

He pointed out that the skimmed milk powder price was at a record level, while butter was at its highest level outside times when the market had been skewed by EU intervention purchases.

Mr Nijjar wrote: “This letter is also (and unusually) being copied to our farmer suppliers and our customers, as we think it is important that all parts of our supply chain understand exactly what is happening in the milk fields and with milk processing, and what the implications are of failing to understand, and not acting. Because we are in truly unprecedented times.”

The move to a 40p/litre price reflects growing concern over milk supply, with production running behind year-ago levels and costs of production expected to rise by 8p-10p/litre in the new milk year.

This will have been added to by the Bank of England’s interest rate rise today of 0.25%, the third back-to-back rise since December. The increase takes the base rate to 0.75% on the variable-rate portion of farming’s £18.73bn of borrowing. However, it will also squeeze households further as mortgage rates rise.

The Freshways letter referred to Kite Consulting’s recent calculation that farmers will need 40p/litre to break even and said that to incentivise milk production, the price would need to be higher than this.

“Achieving this level of increase from our customer base will be an immense task, as despite significant increases in milk price we have seen very minimal increases in the retail sector,” said Mr Nijjar, who blamed aligned contracts which he said were significantly behind the true value of milk.

The increase has been welcomed by farmers – and not only those supplying Freshways – as recognition of the cost pressures on producers.

Ed Hemming, who milks 200 cows just south of Birmingham, has supplied Freshways for 18 years. He welcomed the rise, which adds 4p/litre to his price from 1 May. “Freshways is trying to secure supplies,” he said.

“We’ve been with them 18 years and have seen the highs and the lows and we’ve adapted our business to low milk prices.

“40p/litre is now the starting block for getting up to 50p/litre,” he said, adding that some processors were holding back the farmgate liquid price and questioned what they would do when the milk they wanted was no longer there.

The new business will have a combined turnover of about £400m, employ 1,000 staff and process in the region of 500m litres of farm-assured milk.