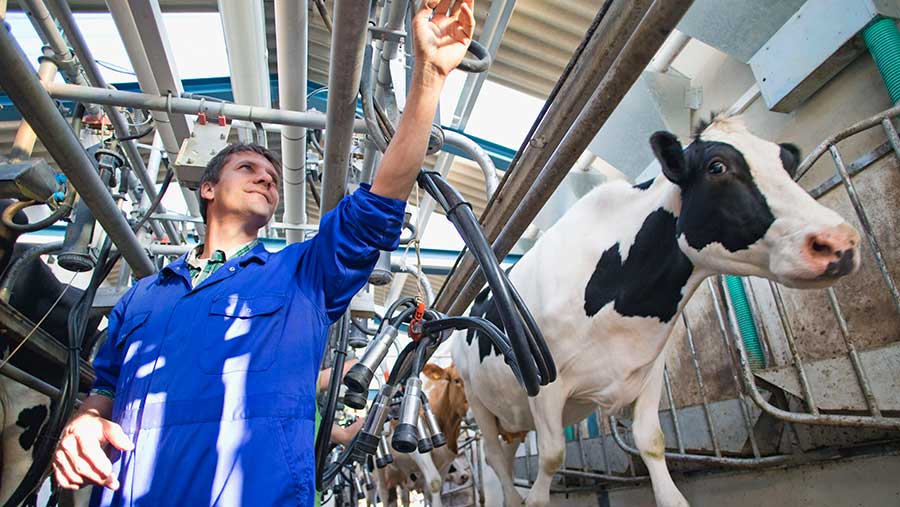 Food Standards Agency (FSA) numbers, gleaned from registered producer numbers for milk hygiene inspections, shows a further drop of 53 producers in July, to a total of 8,650 in England and Wales.

If correct, this would represent a drop of almost 7% over the year, with all of the reduction in England. Welsh producer numbers rose by just one to 1,661.

However, the true number of GB milk producers remains unclear. As previously reported in Farmers Weekly, the FSA data is going through a cleansing process, leading to some large monthly falls as it catches up with historical sector changes.

The AHDB is confident of the number it produced in March, showing there are about 8,850 GB producers, the result of a survey of the main milk buyers.

When the 880 Scottish milk producers are added to the AHDB figure, this would mean the FSA figure overstates GB producer numbers by about 650.