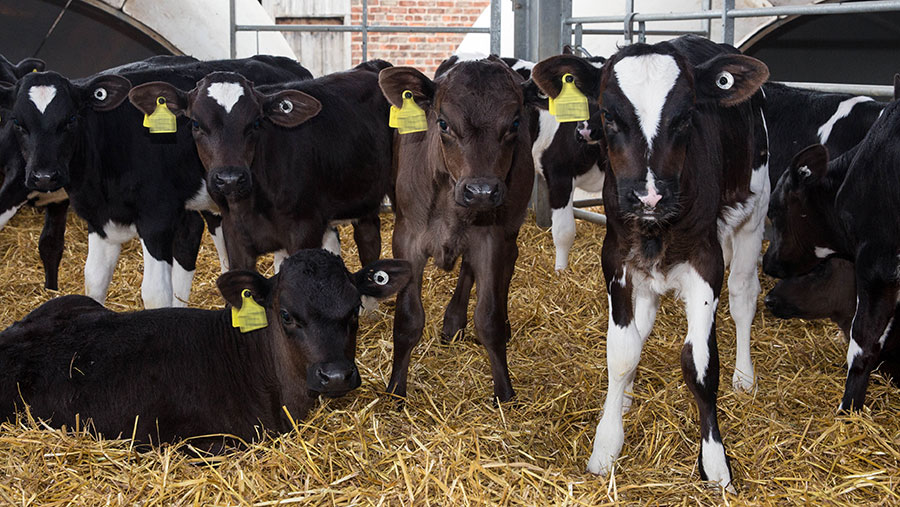 The size of the GB milking herd has continued to decline, while an upward shift in youngstock on dairy farms has puzzled analysts.

According to the most recent figures released by the British Cattle Movement Service, the GB milking herd totalled 1.67m head on 1 April.

That represents a fall of 2% or 32,000 head compared with the same point in 2020 and follows a downward trend seen over the past several years.

The largest decline in numbers occurred within the four- to six-year-old age group, with a reduction of 22,000 head (4%) on the previous year.

In contrast, numbers of youngstock under two years old have been increasing. Youngstock numbers totalled 902,000, an increase of 32,000 head (4%) on the same time a year ago.

This suggests that as more youngstock come through, the GB milking herd may potentially increase if these cattle are retained, AHDB dairy analyst Charlie Reeve said.

Mr Reeve said the reasons for the increase were unclear, but were likely to be linked to the continuing uptake of sexed semen.

The increase is in the zero- to six-month-old animals, with more female calf registrations. But it’s not yet clear whether they are then being retained in the herd, he said.

That is because the increase has only emerged in the past two quarters. It is too soon to see if the six- to 12-month-old bracket then rises six months later, Mr Reeve reported.