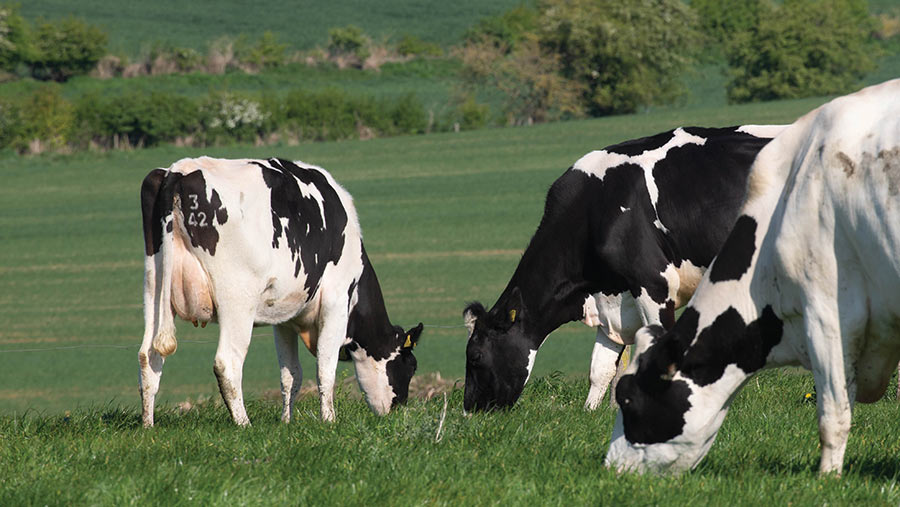 A drop in milk delivery figures suggest the spring peak in production levels is already over for 2021, easing fears of oversupply and pressure on prices.

Early in each year, speculation mounts as to the degree of spring flush in grass growth and milk production, which can lead to oversupply and price drops.

But according to AHDB Dairy data, GB milk deliveries have already peaked at a lower level than forecast.

Peak deliveries were seen on 28 April at 37.93m litres, while the seven-day average topped out at 37.77m litres in the week ending 29 April.

Since then, deliveries have continued to decline and were down to 37.49m litres in the most recent data release for the week ending 15 May.

This was 0.4% below forecasted volumes and 0.3% below the previous week, signalling GB has past the peak, said analyst Bronwyn Magee.

The dip below forecast is due largely to yields that have been affected by prolonged dry weather in April. Grass growth rates were much lower than last year in the build-up to the peak.

In contrast, at the same stage last year, rates were 53.7kg DM/ha.

However, grass growth has started to surge as wet conditions and rising temperatures have combined to provide a late boost.

This could aid milk production in the coming weeks, Ms Magee said, but it is unlikely there will be a new peak due to a range of other factors.

Senior analyst Patty Clayton said that stage of lactation, grass quality and supplemental feeding all had an effect.

“Rather than see a new peak, it is more likely that the trendline in production will continue to decline,” she said.

“The rate of decline will depend on the weather and supplemental feeding.”

While the weather cannot be predicted, it is likely that farmers will be considering more carefully how much supplemental feed should be offered, according to Ms Clayton.

With feed prices high, more farmers will be weighing up the potential benefits against a boost in production and this could lead to a sharper decrease in milk deliveries, she added.