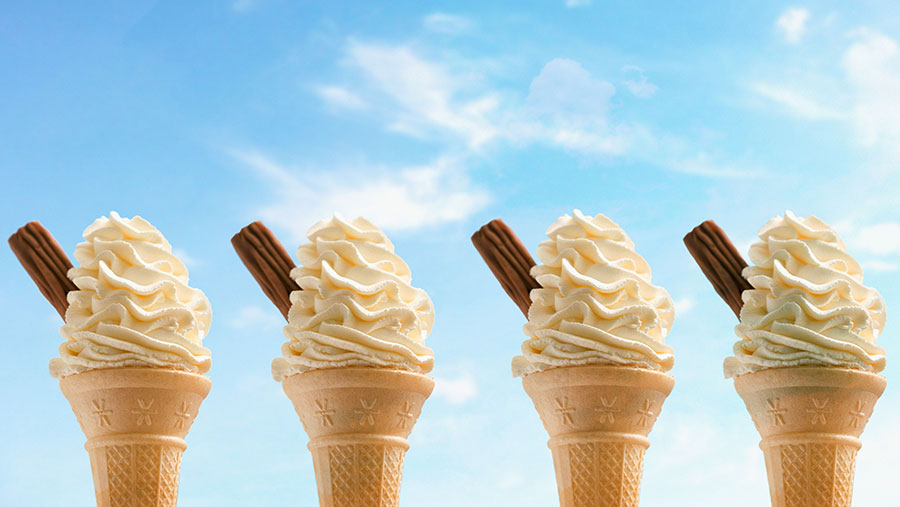 Seven of the UK’s most-loved ice cream brands contain no fresh milk or cream but are legally allowed to call themselves ice cream, according to a Which? investigation.

The consumer watchdog reported that of the 24 brands surveyed, including Ben & Jerry’s, Walls and Häagen-Dazs, nine contained no fresh milk and 10 had no cream.

Thirteen of the products surveyed contained both dairy ingredients (see table below).

What can be called ‘Ice Cream’

Products labelled as ‘dairy ice cream’ must contain at least 5% milk fat, some protein from a dairy source and no vegetable fats.

However, there are no such regulations for a product to be labelled as ‘ice cream’.

This means vegan products as well as those using cheaper products such as palm kernel oil, vegetable fats or coconut oil, can use the ice cream label.

In many cases, fresh milk is substituted with reconstituted skimmed milk powder as well as water or buttermilk powder in the case of Tesco’s vanilla ice cream.

The rules changed in 2015 with the introduction of the Food Information Regulations, before which products had to contain at least 5% dairy fat and 2.5% milk protein to be defined as ice cream.

The lack of fresh dairy products highlights the scale of the opportunity for UK milk to offset cheaper products if there is a consumer demand for higher quality British ice cream.

The UK was the world’s second-largest importer of ice cream in value terms in 2016, buying in £235m worth of the product – equal to a quarter of total world imports, second only to Germany which imported £241m, according to research from IndexBox.

In contrast, the UK was only the seventh-largest exporter of ice cream, shipping just £106m in 2016 giving the UK a net deficit on ice cream of almost 230%.

Consumers can find out where to source authentic British dairy ice cream from the NFU’s interactive map which currently lists more than 60 suppliers.