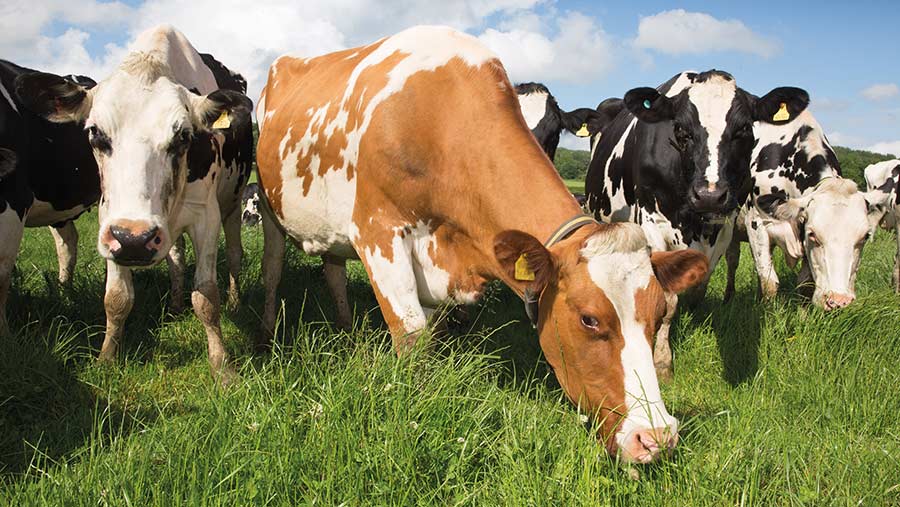 Farmgate milk prices are being driven up as UK and global milk supplies remain tight.

This week Muller announced a 4.5p/litre increase 1 July for suppliers on direct contracts.

This will take its farmgate price to 46p/litre for the 99.5% who meet the processor’s Advantage programme requirements.

The July price is based on a standard litre of 4% butterfat and 3.3% protein and includes the 1p/litre Advantage premium paid in quarterly instalments.

Last week, Arla set the tone for the market with a similar rise for June, taking its member price to 47.79p/litre based on a standard manufacturing litre of 4.2% butterfat and 3.4% protein.

The top end of the spot milk market was at about 40p/litre for the week ended 27 May, according to milkprices.com.

Cornish-based clotted cream producer Rodda’s has implemented a new farmgate pricing system and is looking to recruit new producers as demand for its products grows.

The processor, which is supplied by about 40 producers, will operate a monthly pricing model, to temporarily replace its quarterly model while costs are rising.

GB milk production has now passed its spring peak and daily milk deliveries are in decline. Daily production peaked on 6 May at 37m litres, according to AHDB figures. This is below the previous year’s peak of 37.93m litres.

This year’s peak was not only lower than last year’s, but also later, with the 2021 peak more than a week earlier, on 28 April.

AHDB estimates show daily GB milk deliveries at 1.18m litres for the week ended 21 May, which is 3.2% below the same week last year.

John Allen, Kite Consulting managing partner, said UK milk flows had dropped quite quickly after the peak, so it didn’t look as if recent milk price rises were turning into increased milk flow.

“People are taking more production off grass because of high feed prices, and higher farmgate milk prices are not likely to feed back through to most producers until June or July,” said Mr Allen. “This delay in the cashflow and lack of confidence mean farmers aren’t feeding.”

Recent cost-of-production analysis by Kite Consulting indicates a breakeven milk price of about 42p/litre. However, to encourage increased production and an expansion in milk flows, farmgate prices would need to be at about 48-50p/litre based on the milk-to-feed-price ratio, said the firm.

According to Nick Holt-Martyn, principal consultant at The Dairy Group,  the UK dairy industry is tight at the moment and still in contraction, with the full effect of the milk price rises still to feed through.

“The industry has started the milk year off at a deficit to last year and that looks set to continue,” he said.

Mr Holt-Martyn suggested the real problem would be felt next winter with high fertiliser prices, high feed prices, and no guarantee about where milk markets will be then. “At some point, you might expect to see consumer resistance to rising prices and demand might start to drop off.”

With both input costs and milk prices moving so fast, Mr Holt-Martyn said it was challenging for businesses to gauge how they stood financially.

In addition to UK milk production falling, there are also lower milk flows in Europe and in the US, and it is the dry period for New Zealand milk production.

The average volume produced by each GB farm increased marginally on the previous year to total 1.57m litres in April 2022, according to AHDB estimates.

This is a slower rate of exit than has been seen in the previous few years.