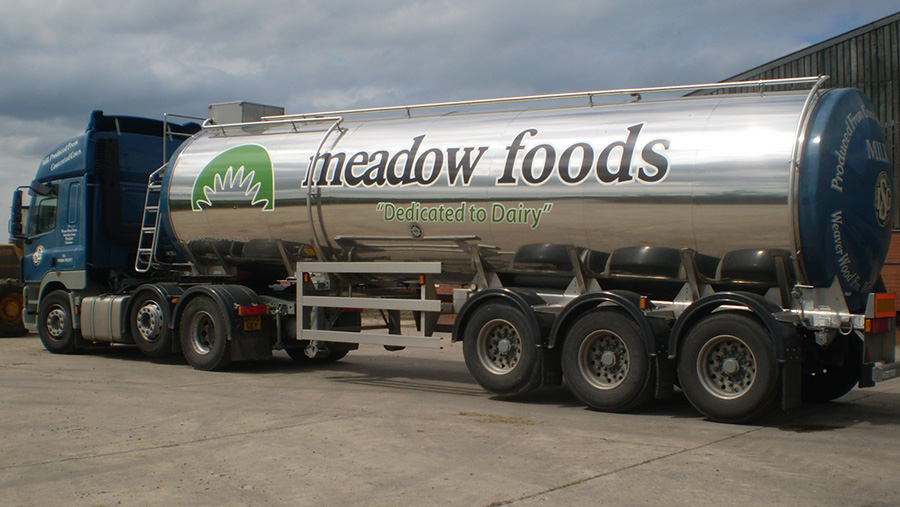 Meadow Foods suppliers will be getting another 0.5p/litre from 1 August, taking the buyer’s standard A litre milk price to 28.50p/litre.

The price change, the fourth so far this year, will be added to the flat-rate element of Meadow Foods’ price schedule.

The processor warns that hot and dry weather is starting to affect milk production and with forecasters suggesting that this weather is set to continue throughout July, it has the potential to seriously affect milk supplies over the next few months and into the winter.

The price rise reflected the fact that dairy markets remained relatively strong, the company said. However, it warned that cream prices had softened by almost 15% in recent weeks and it was hoping for a seasonal upturn to stronger cream prices over the summer.

Meadow Foods employs more than 300 people and handles more than 650m litres of milk each year, direct from 650-plus farmer suppliers across the UK.

Dairy commodity prices continued to soften over the past week as spot and futures prices moved lower.

Spot butter prices fell by 2.9% this week while skim milk powder (SMP) dropped 1.7%. On the supply side, UK milk production in May moved back above last year, while Dutch and Irish collections narrowed their deficit on 2017.

Dry conditions across the UK and Ireland however look set to affect production in June and possibly July. Reduced French production meanwhile is more than offset by stronger German output.

Further afield, Fonterra New Zealand ended their 2017-18 season 1.4% behind 2016-17, with a strong finish to the NZ season mitigating some of the negativity encountered during December-March. Australian milk collections were also strong in May.

NZ export data meanwhile showed powder exports were weaker in May while fat exports increased on last year. Since the start of June, European Energy Exchange butter futures prices have fallen by 5.5% on average while SMP futures fell by 6.5% over the same period, moving in tandem with spot prices.