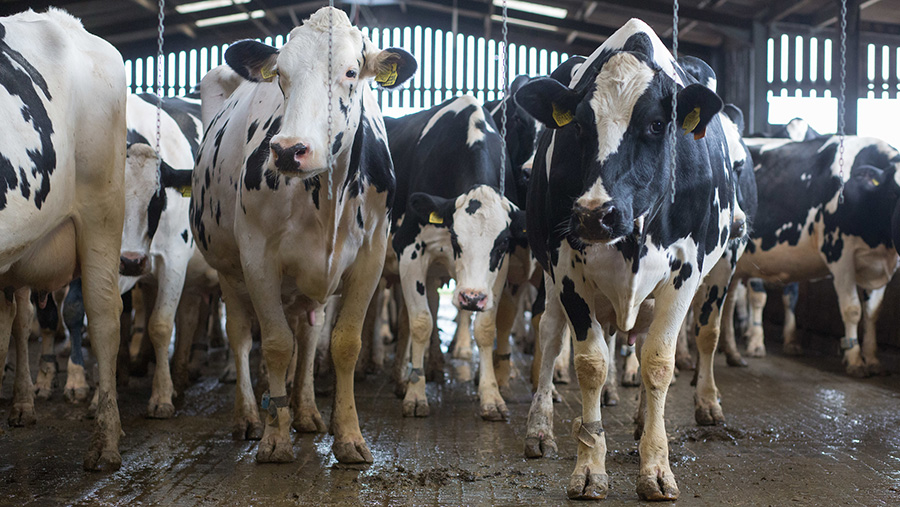 A Northern Irish dairy buyer has signalled that worries about short milk supplies are definitely over – by paying farmers to keep production high.

United Dairy Farmers (UDF), through its processing arm Dale Farm, has opened an incentive scheme for October to December, which will pay producers 4p/litre on top of the base price for extra volume.

Farmers, only in Northern Ireland initially, will receive the bonus for any litres above 95.7% of the same month’s production the previous year.

UDF’s announcement reflects how the mood of dairy markets has brightened rapidly since the spring, with processors scrambling to lock up supplies and starting to recruit.

Production remains behind 2015 levels and the spot market has been surging.

On top of the incentive scheme, Dale Farm will also be paying a “winter premium” over the same three months, worth 2p/litre on top of the base price.

This has been extended from two months in 2015.

The co-op has raised its base price for Northern Irish farmers by a penny to 19.7p/litre for August milk.

Ulster Farmers’ Union dairy chairman William Irvine said price improvements would boost confidence, but there was a long way to go before the industry recovered.

“Part of this is clearing the huge debts that have built up operating below the cost of production for such a long time,” he said.

“However, farmers are positive by nature, and they will see this move by United as a big step in the right direction.”

The news from UDF, which is supplied by 1,400 farmers, highlights how the EU’s efforts to reverse the dairy market slump have come too late.

Next Wednesday (21 September) is the deadline for producers to sign up to the EU’s supply reduction programme, which will pay producers for pumping out less milk.

This week, the European Commission also downgraded its forecast milk production for the 28 member states in 2016, down from a 1.4% year-on-year increase to a 0.9% rise.

Latest figures show cow and heifer slaughterings were also up between January and June across the EU, including in big dairy nations such as Germany, the Netherlands and Poland.