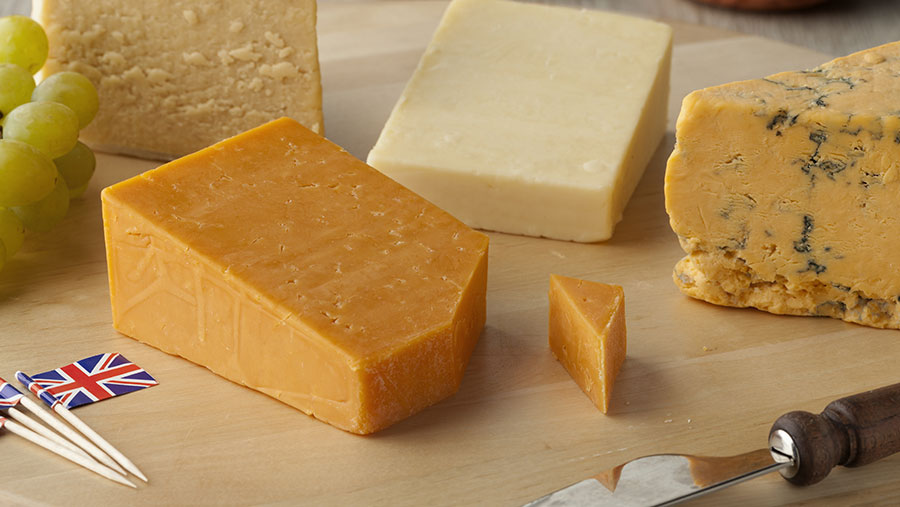 The NFU has set out targets and actions to double dairy exports in the next decade.

Announcing the plans at UK Dairy Day in Telford this week, the union said it wanted to see a new dairy export taskforce created.

Lobbying government, increasing the focus on adding value, and greater collaboration with industry bodies such as the Department for International Trade, the AHDB and Red Tractor will form the main planks of the strategy.

See also: How to get the most from this year’s variable silage crop

Michael Oakes, chairman of the NFU dairy board, said: “We have developed a fantastic reputation around the world for quality and already export over £1.6bn worth of dairy products to more than 135 countries across Europe, North America, Asia and the Middle East.

“There’s no doubt we are at a crucial time for British farming, as the government seeks to do free trade deals with countries around the world.

“The strategy also makes clear the importance of the British dairy brand on the global stage not being undermined by trade deals that allow imports of dairy products that fail to meet our own sector’s high standards of food safety, animal welfare and environmental protection.”

The vast majority of dairy exports – 92% by volume – currently go to the EU. Breaking into new markets around the world as new trade deals are confirmed will be key to success of this strategy, as will collaboration with the other industry bodies.

Lucy Randolph, senior export manager at AHDB, said: “We know from our work over the past few years that there is a massive interest in British dairy products, and our reputation on the international stage is growing. This gives us a great platform to push on with further activity over the next few years and continue growing our dairy exports.”

Mr Oakes said the dairy export strategy would set the framework for the industry to continue to grow and develop dairy export markets.

He called on policymakers, industry and dairy farmers to challenge themselves to play a pivotal role in ensuring the British dairy sector of the future was a resilient, successful, sustainable one.

This would involve strong networks across the globe, with diverse and greatly desired products of the highest standards, strengthening and enhancing the industry’s position as profitable and progressive, said Mr Oakes.

UK milk production has risen in recent years, totalling 14.96bn litres in 2019-20, according to AHDB data. In contrast, demand for liquid milk in the domestic market has declined with a reduction in per capita consumption.

“Cheese production, on the other hand, has risen over the last 10 years and further growth is expected. In 2020, around 21% of milk was turned into cheddar, up from 17% 10 years earlier.”

North America is the highest-value export market for the British dairy industry, according to the NFU report. Average exports to North America were valued at £4,325/t compared with a £3,700/t average for exports to Europe.

The UK also has a range of unique products such as territorial cheeses which are able to achieve a significant premium in export markets.