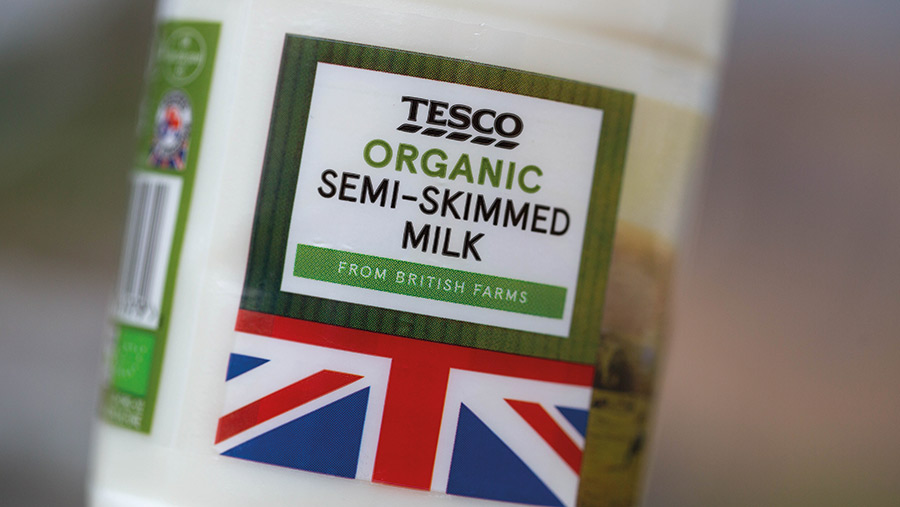 Rising conventional farmgate milk prices have narrowed the gap between organic and the rest of the market.

Traditionally at about 10p/litre, the organic premium is now up to 6p/litre.

“The gap between organic and conventional prices has narrowed. But we are comfortable that when the conventional market starts to drop, that gap will reappear.

It is a very similar picture across Europe, according to Mr Hollingdale, including in Germany, France and Scandinavia.

Arla’s organic price for a standard manufacturing litre for August 2022 is 56.01p/litre, which is a 5.66p/litre premium to the co-op’s conventional price.

In August 2021, the Arla organic milk price had an 8.36p/litre premium to the conventional price for a standard manufacturing litre (4.2% butterfat and 3.4% protein).

During the past 12 months, the organic price has risen by 14.56p/litre, but the conventional price has outpaced this, rising by 17.15p/litre.

“That said, there is very little differential presently between conventional and organic milk prices, which are between 2p/litre and 5.45p/litre depending on the buyer – well below the 8-10p/litre normally required to cover additional feed and production costs.”

Organic dairy accounts for about 2-3% of total UK milk production.

Milk deliveries from the organic sector averaged about 1.077m litres/day for the week ending 23 July, compared with the conventional sector, which delivered 32.55m litres a day in the same week, according to the AHDB.

This 14.2% fall in organic deliveries implies a drop-off in production, either through reduced yields or reduced cow numbers. Total daily deliveries were down by just 1% on the same week last year for the conventional market.

Mr Hollingdale says organic dairy is driven by liquid sales, with butter and cheese sales growing steadily in the background.

“The organic market has been on a steady increase during the past five years – in the past year organic has dropped back marginally, but not as much as the conventional food market,” he said.

“The biggest market that wants products is America – the market continues to grow and there’s demand there.”

High feed prices are affecting the cost of production for organic producers, especially for imported feeds. However, the higher percentage of forage in organic diets helps limit production cost rises, as does reduced fertiliser and spray costs.

Mr Baker said: “Feed costs in the organic sector remain high, although it will be interesting to see how the markets develop over the coming weeks, as the conventional feed market has fallen off its peaks and organic cereals may follow.

“Production from home-grown forage is key in the organic sector, this year more than ever.

“Maintaining a level profile of organic milk and producing milk in the winter to meet demand is key. The main variation is feed cost of organic compared with conventional, which is 7p/litre – 10p/litre greater, depending on actual feed use.”

“The milk-to-feed-price ratio is below 1:1, even for the farmers aligned to the best organic milk prices, which will discourage feeding for marginal litres,” he said.

The largest retail buyers of organic milk are committed to the sector and have significantly increased the prices they are paying for their milk, according to Mr Baker.

He advises organic producers to consider catch crops such as Westerwolds ryegrass after wholecrop to produce additional low-cost forage dry matter, especially as many are using silage earlier than usual.

Early silage analysis can also help identify any opportunity to reduce the ration costs by feeding a lower-protein concentrate.

“Some farmers are geared up to replace certain blends with straights. Organic feed oats are currently good value and could be incorporated into some rations, so it’s worth having a conversation with your nutritionist,” he said.