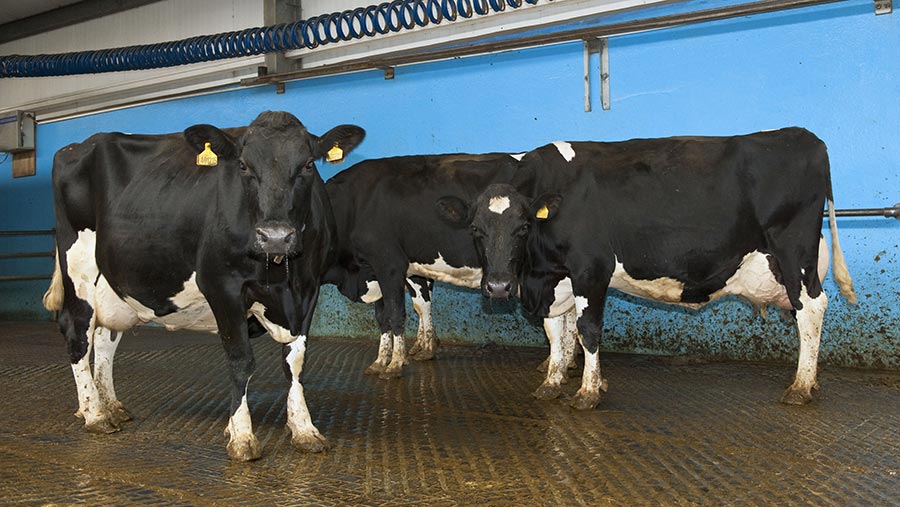 Global milk production has grown by two-thirds less than expected in 2019, as the world’s major dairy producing regions contend with tight margins and poor weather.

Dairy product consumption is expected to increase by 1.8% in the coming year, further compounding a worldwide tightening of stocks.

The EU’s 28 milk-producing nations, including the UK, are still dealing with the fallout from last year’s drought.

Despite 2018’s extreme weather hitting EU production in January and February this year, signs of growth were seen in March.

Overall, EU milk supplies increased by 0.3% in the first quarter of 2019, equivalent to 130 million extra litres, according to the levy board.

Higher culling rates have hit the continent’s milking herd, which was down 374,000 head on the year and could make the EU’s 2019 predicted production increase of 0.7% difficult to achieve.

A prolonged period of difficulty for US farmers, underlined by President Trump’s trade war with China, will make America’s traditional annual 1-2% production increase unlikely in 2019.

Higher levels of producers quitting the industry and elevated culling rates have led the USDA to downgrade its production growth forecast to just 0.5%, an increase of 500 million litres.

Milk production in New Zealand, Australia and Argentina have all been hit by extreme weather issues.

Drought in New Zealand made milk deliveries slump by 8% on the year in March, rendering it almost impossible for the island to make up the lost ground in the second half of the year.

Australia has been hit harder by the dry weather, with production slumping by 11% in the first quarter of this year. Feed shortages have forced many Australian producers to dry cows off early and culling rates remain high.

AHDB Dairy predicts a modest 1% increase in production across the year.

Rising input costs in Argentina have combined with the effects of the dry weather to erode farmer margins.

Although a good grain harvest would relieve some pressure on input prices, the levy board was still predicting production to drop by around -5% in the region.

With a large proportion of these exports destined for China, we expect to see another big month for Chinese milk powder imports in May but further declines for fat imports.

Weaker milk production in the Netherlands (-2%), New Zealand (-8%) and Australia (-14%) in April is also causing some market uncertainty.