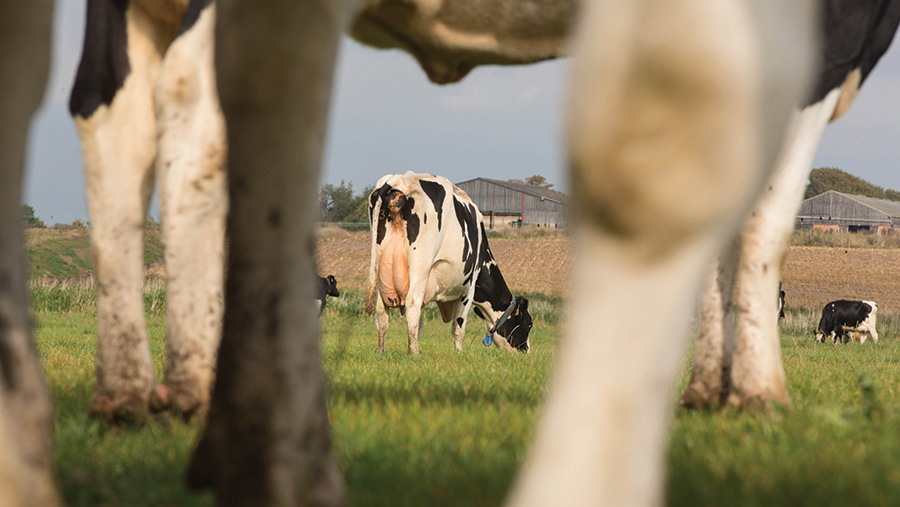 Dairy farmers struggling to ride out the coronavirus crisis have now thrown away more than 1m litres of milk – with pressure mounting on Defra to help the sector.

The discarded milk – equivalent to more than an entire year’s production for a single farm – was thrown away during the fortnight of 6-20 April, according to interim survey results from the Royal Association of British Dairy Farmers (RABDF).

The survey was completed by farmers receiving a much-reduced value or discarding milk due to coronavirus control restrictions.

The results, which echo findings by the AHDB and Dairy UK, have been submitted to Defra to highlight the scale of the problem.

RABDF chairman Peter Alvis said: “There are about 2m litres of milk a day that have not found a home in the retail market.

“What our survey shows is the negative impact it is having on those farmers most severely affected.”

The amount of milk without a home appears to have dropped since 20 April.

But some farmers are still receiving a reduced price with some milk discarded.

More than 5,200 dairy farmers have been affected by the closure of foodservice outlets, according to the AHDB.

Milk price cuts ranged from 0.5p/litre to 4p/litre and higher – equivalent to a £20m reduction at the farmgate during April and May, it said.

Almost 500 farms have had milk collections cancelled and 500 had payments deferred.

Some 2,200 had been asked to reduce milk output and 700 had seen a reduced volume of milk receiving the full price.

A number of farmers had suffered more than one of these impacts.

He added: “We request Defra considers the seriousness of the situation and supports these farmers with a hardship payment.

“Any data we can continue feeding into Defra will only go to help this industry’s cause.”

NFU president Minette Batters said more than one-third of dairy farmers had been “impacted severely” by the loss of their market.

Progress on a support package was expected to be announced as Farmers Weekly went to press on Wednesday (29 April).

But the market was coming back into balance and the spot price for milk had reached about 20p/litre compared to 5p/litre a fortnight ago.

Other sectors feel the strain

A “tsunami” of Irish beef imports is heading towards the UK – piling pressure on producers already competing against cheap Polish beef on supermarket shelves.

Some retailers are selling only British beef, but others appear reluctant to do so.

Some 80,000 seasonal workers are needed to help pick and pack crops.

With coronavirus restrictions preventing seasonal workers coming to the UK, the government has launched a Pick For Britain website to recruit staff from closer to home.

The closure of fish and chip shops has left growers with thousands of tonnes of potatoes languishing in storage.

Some have been able to sell direct to consumers, but many others are facing big losses.

The ornamentals sector has collapsed completely, says the NFU.

It says the government should allow garden centres to reopen early this month, with social distancing, enabling gardeners to buy bedding plants and other items.

Malting barley growers have seen contracts “ripped up” in front of them, NFU president Minette Batters told journalists this week.