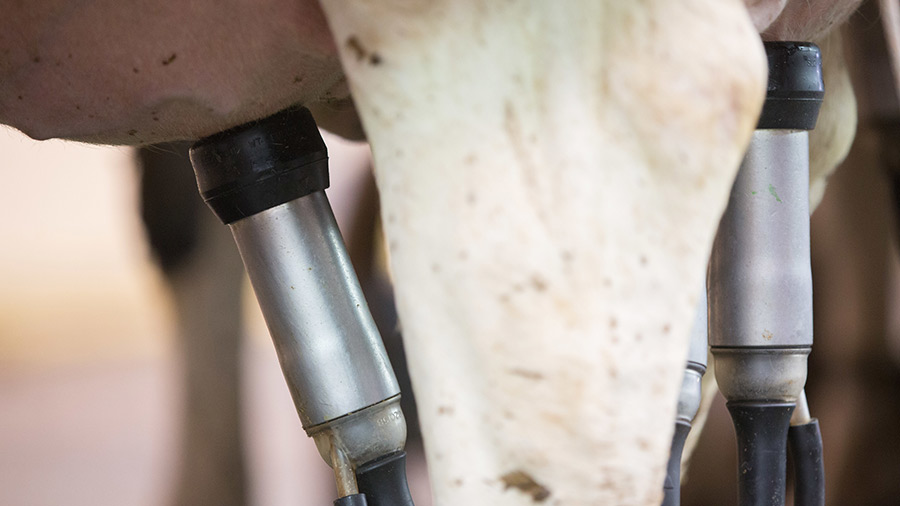 Concerns that consumers are switching from drinking cow’s milk to plant-based alternatives appear to be unfounded, according to a report by AHDB Dairy.

The report highlights that even though demand for plant-based drinks is growing, the volume of cow’s milk sold remains stable.

AHDB trainee analyst Hannah Clarke said the figures suggested shoppers were not necessarily switching away from cow’s milk but trying the alternatives as something new.

“Despite the noise around plant-based beverages, the Kantar data showed consumer spend on cow’s milk in the year to 16 June 2019 grew by 2.2%,” Ms Clarke said.

The increase was largely driven by price rises as volumes remained relatively flat at 0.4%, down on the previous year, Ms Clarke added.

Within the cow’s milk figures, semi-skimmed milk still occupies the largest share of volume sales at 60.5%.

But sales of whole and modified milk – such as Arla Protein – have grown.

Organic milk has also seen gradual growth over the period, with the sector accounting for 2.8% volume share of the total cow’s milk market, Ms Clarke pointed out.

But the increase in sales was not down to new customers – it was due to existing shoppers buying more per trip, she explained.

This meant that despite relatively flat prices, the total sales value of organic milk had risen by 2.6% in the 12-month period.

In contrast to the stable volume of cow’s milk sold, plant-based beverages saw sales values increase by 18% to a total of £269.4m.

“The growth is testament to innovative branding and marketing, increasing shopper penetration by 9.1% on the year to 28.9% of GB households.

“New entrants such as nut and oat drinks are also widening the reach and appeal of the sector,” Ms Clarke suggested.

These new entrants are not taking market share from cow’s milk but from long-established plant-based drinks such as soya, she said.

The market share of nut-based beverages overtook soya in the 12-month period to June 2019, with sales of £8m.

Likewise, oat-based drinks saw substantial growth and now account for a market share equivalent to more than half that of soya beverages.

The growth in oat drinks may be starting to address consumer concerns over the potential environmental footprint of other plant-based drinks, especially in terms of water use, Ms Clarke said.