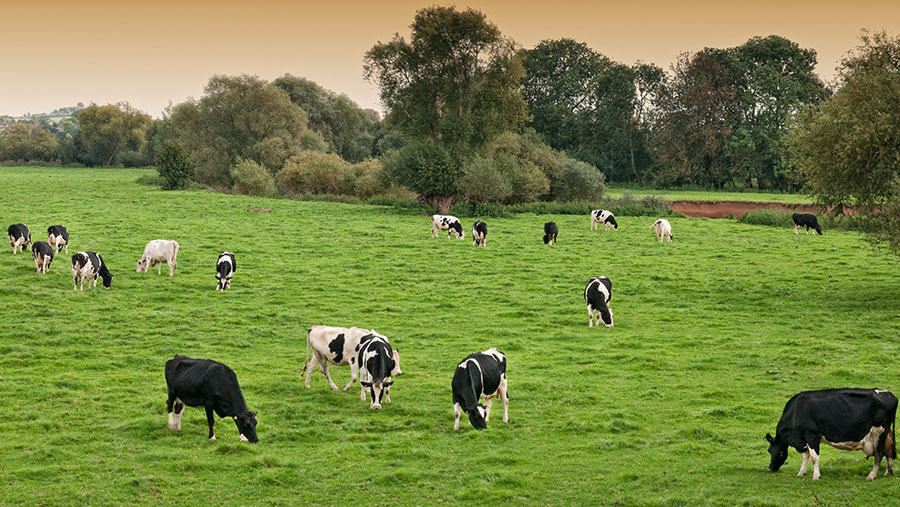 Despite the changing variables of global weather affecting all dairy regions, global milk supply is rising at +3.3% which could lead to farmgate price cuts later this year, said Nick Holt-Martyn, principal consultant at The Dairy Group.

See also: Can all-forage dairy diets be practical and profitable?

“While the post-Covid boom has increased demand, this level of supply is likely to lead to price falls at the farmgate in the fullness of time. With the inflation risk high due to the imbalance of supply and demand in the wider economy and the same weather issues affecting animal feed supply, 2022 is looking like a challenging business environment.”

The price for a manufacturing standard litre will remain at 31p/litre during September for First Milk members, although this includes the 0.5p/litre member premium which is not paid until the end of the milk year.

Prices had previously been increasing steadily for four consecutive months.

“First Milk is performing in line with expectations, and we are pleased to be able to offer stability in price at this time. We remain focused on delivering dairy prosperity for our members,” said Robert Craig, First Milk’s vice-chairman and farmer director.

Dairy farmers supplying Muller as part of its Advantage programme will receive a milk price of 29p/litre from 1 September. However, this includes the 1p/litre advantage premium, which is not paid until January.

Cheesemaker Barber’s has announced farmers will continue to be paid 30p/litre for a standard litre during August and September.

Arla’s milk price for a standard manufacturing litre will remain at 33.2p/litre during August. The liquid price is 31.95p/litre, which is based on 4% fat and 3.3% protein.

The actual milk price equivalent (AMPE) and milk for cheese value equivalent (MCVE) both dropped back in recent months, which reflects weaker wholesale markets, according to the AHDB.

UK wholesale prices in July declined on the previous month for both skimmed milk powder and butter, while bulk cream made some gains.

Labour shortages across the HGV industry are putting increasing pressure on milk collections.

Mr Holt-Martyn said: “The HGV driver shortage is affecting the dairy supply chain, with Arla reporting difficulties filling shelves during the week beginning 26 July 2021 due to a combination of low driver numbers, the ‘pingdemic’ and the cessation of migration.

“Arla reported up to 25% of stores couldn’t receive a supply of fresh milk, mainly due to a shortage of drivers stretching back months, despite recruitment through increased pay and conditions.

“While the ‘pingdemic’ can be eased through the use of post-ping testing to release the approximately 80% uninfected contacts, fixing migration and the driver shortage is more intractable. The estimated shortage of 100,000 drivers cannot be fixed in the short term and will lead to inflation in supply chain costs for the foreseeable future.”