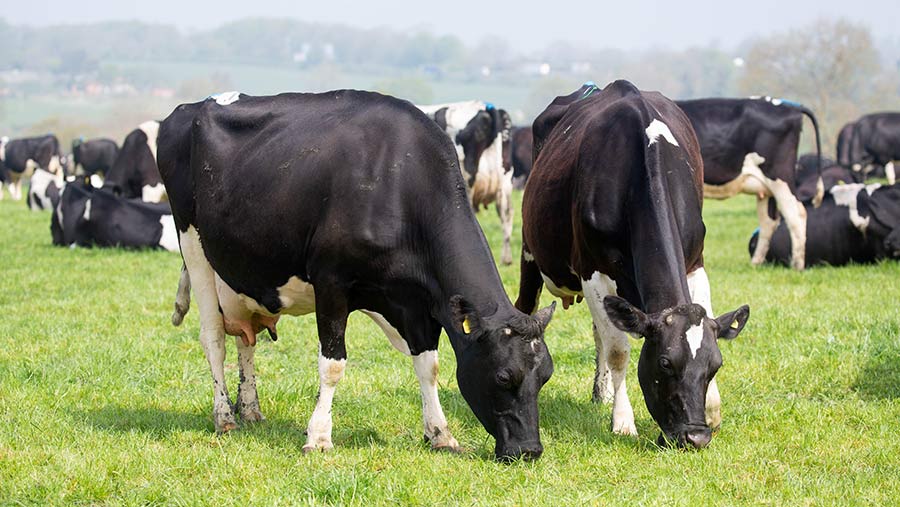 The outlook is for a steady milk price through the autumn, despite Arla’s 0.9p/litre cut for September, says Kite Consulting.

Farmgate price announcements for October are expected next week from non-co-op processors signed up to the voluntary code and from co-ops for September.

Dairy commodity stocks are relatively tight and this is helping keep things steady, while global milk production is thought to have eased back last month.

The liquid market is challenging, but on this front the big two [Arla and Muller] are doing a good job, according to Kite consultant John Allen.

He thought the recently announced Arla reduction for September was a correction that had been anticipated and which the co-op had to make. “It’s still a market-leading price,” he said.

Dairy processor Arla has announced a 0.9p/litre price reduction for both conventional and organic producers, blaming it on the pressures of continued inflation in the supply chain.

From 1 September, the on-account price will reduce by 1 euro cent, which translates into a price for a standard manufacturing litre of conventional milk of 32.30p/litre and 40.66p/litre for organic milk.

Looking beyond September, the co-op said the outlook was stable.

Despite high feed costs, the general milk-to-feed price ratio is fairly stable at about 1.1:1, with Arla members at about 1.2:1, said Mr Allen.

Farmgate milk price rises over the summer gave producers confidence to feed and reductions in some feed prices helped the ratio.

Rolling feed use is up over the past 12 months, although with wheat quoted at about £180/t ex-farm for September, there will be growing pressure on the ratio.

The latest GDT online dairy commodity auction posted its first increase in the most recent sale (up by 0.3%), after falls over the past eight consecutive fortnightly sales.

While this is only a small rise, most of the previous dips were also relatively small, pointed out Mr Allen.

While Chinese demand for dairy and commodities generally is currently strong, it is always subject to political and animal or human health issues.

China’s whole milk powder (WMP) imports are currently about 35% above year-to-date levels compared with volumes in 2020.

July’s figure was up 18.5% on last year on a milk equivalent basis, with WMP imports at more than 70,000t – their biggest ever volume for the month and 76% higher than the previous record, according to market analyst StoneX.

Skimmed milk powder imports in July were also at a record high.

Extreme weather remains a risk to production, consumption and prices for dairy and other commodities.

GB milk deliveries have been lower than the previous year and below forecast since late June.

Deliveries in the EU-27 are up this year, with total production forecast by the European Commission to grow by 0.8% this year, based on the view that raw milk prices will remain sufficiently high to help offset rising feed costs.