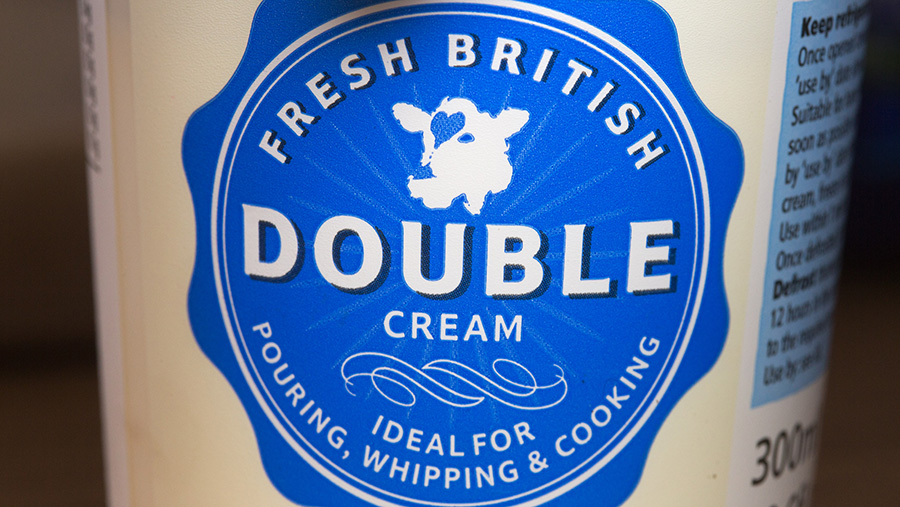 Dairy product exports have outstripped imports for the first time since records began, according to the AHDB.

Figures released by HMRC show that the UK dairy trade balance – exports minus imports – was positive, in volume terms, at 95,000 tonnes during 2019.

See also: Study reveals what a farm manager is worth

Of the product types, the largest shift in trade balances was seen in skim milk powder (SMP). The category recorded a positive balance of 55,000t in 2019 – almost double the 30,000t surplus of a year earlier.

Ms Jack said that the marked improvement in the trade balance for skim milk was a direct result of a shift in trade patterns across the Irish border.

The overall powder trade surplus also increased, with the figure for whole milk powder (WMP) up by 5,000t to a record 45,000t for the year.

“For buttermilk, there was a small increase in exports, but the main reason for the improved trade balance was a significant drop in imports of 103,000 tonnes,” Ms Jack said.

“[Reduced] shipments from France, Belgium and Germany accounted for most of the drop,” she added.

The shift in the cream trade balance from a deficit of 6,000t in 2018 to a surplus of 5,000t last year was due to both higher exports and lower imports.

Cheese, yoghurt and butter still traded at a deficit.

However, the deficit was significantly smaller in 2019 compared with a year earlier, Ms Jack pointed out.

The overall deficit at £1.09bn was £167m down on the previous 12 months, as export values increased and import values shrank.

Butter and cream were the strongest performers.

Butter products saw the most notable change, with a reduced trade value deficit of -£87m in 2018 down to -£31m last year.

“This is partly because we imported less butter in 2019, but also because lower prices meant the volume deficit was worth less overall,” Ms Jack said.