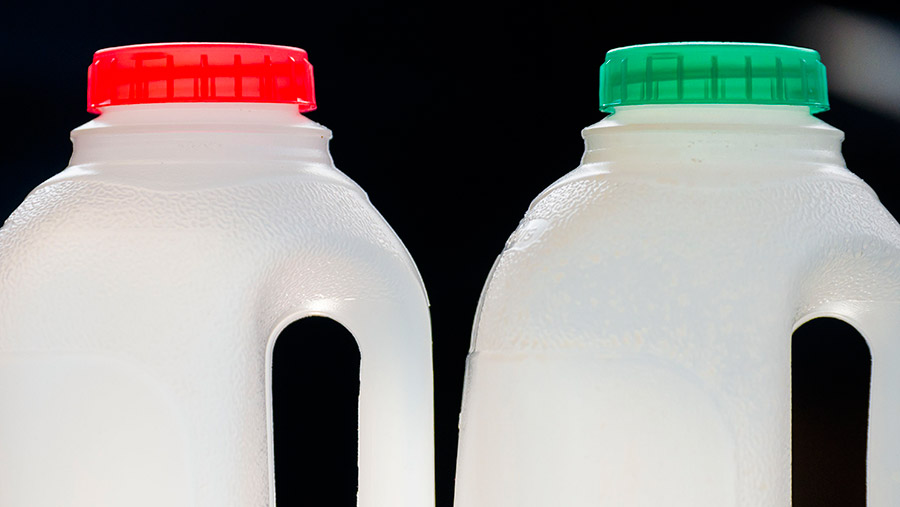 UK milk production has shrunk further with daily deliveries for the two weeks ending 16 July 2016 more than 10% lower than a year ago and 6% down on the three-year average.

During the two weeks prior to this, daily deliveries averaged 38.9m litres/day.

Over the same period, GB daily deliveries averaged 31.0m litres/day and were down 10.8% (3.7m litres/day) on the previous year.

Daily deliveries for this period were 2.2m litres/day (6.7%) lower compared with the three-year average.

The last time that production in the UK fell to such levels was the 2013-14 milk year.

While the figures show that UK farmers have responded to the EU milk price crisis by cutting production levels, data from the rest of the EU shows this has not happened everywhere.

The latest Eurostat figures available show that between May 2015 and May 2016, 16 out of the 28 member states increased milk deliveries.

Cyprus saw the biggest percentage increase (29%), but as a relatively small player in the market this only led to an extra 4m litres of milk.

The five largest milk producing members are France, Germany, the Netherlands, Poland and the UK, which together account for 62% of total EU production.

The EU announced plans last week to incentivise a reduction in milk production.

It is possible that farmers could be paid 12p/litre to cut production for a period of three months.