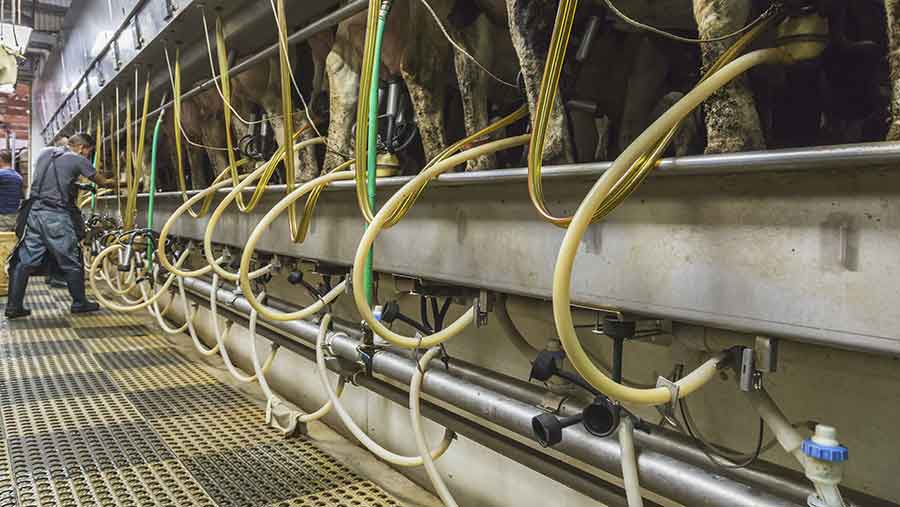 American farmers have won a $50m (£35m) settlement from dairy companies they claimed conspired to drive down milk prices.

The case dates back to 2009, when the region’s farmers launched a class-action lawsuit against DFA, its marketing wing Dairy Marketing Services and manufacturer Dean Foods.

Producers complained the firms had worked together to monopolise the market for liquid milk.

They claimed this kept prices lower than they should have been in a normal, competitive market.

Dean Foods agreed to a $30m (£21m) settlement with farmers in 2010, but the suit with the other firms rumbled on until this year.

Judge Christina Reiss approved the deal in a court in Vermont on Tuesday.

The dairy firms also agreed a raft of other measures to avoid future problems. These included the creation of an ombudsperson to investigate farmers’ concerns, the appointment of an independent member of the companies’ advisory council and enshrinement of fairer milk testing.

In her ruling, Judge Reiss said the combined $80m (£55m) settlement, across both deals, was “not insubstantial” and offered farmers a “modest recovery”.

Farmers who have produced milk for liquid since 2002 can now choose to make a claim to the court for some of the money. They do not necessarily have to have supplied DFA and their exact share will depend on their production.

But not all farmers were happy with the deal.

Pennsylvania farmer Mike Eby, chairman of the National Dairy Producers Organization, said he was disappointed but not surprised by the result.

The union had pushed for a pricing provision from DFA, which would have forced the company to reflect production costs in their farmgate payments.

He said he and more than 100 other producers intended to launch their own suit, taking the co-op to a trial.

“The co-operative management structure must be held accountable,” he told newspaper Lancaster Online.

The Vermont court did not find in favour of either the farmers or the dairy companies, which still claim there was no wrongdoing.

DFA spokeswoman Monica Massey said she was pleased the judge had approved the settlement because legal action was costly and distracting.

“For these reasons, settling the matter is in the best interest of our members,” she said.

Milk pricing in the US is run by a complicated system of federal milk marketing orders.

Under these, minimum prices are published for milk of different “classes” depending on its end use.

American milk prices had held up better than other parts of the world during the current crisis, but have recently felt the pressure.

The price of class-four milk, used for butter and powders, was roughly 19-20p/litre in April.