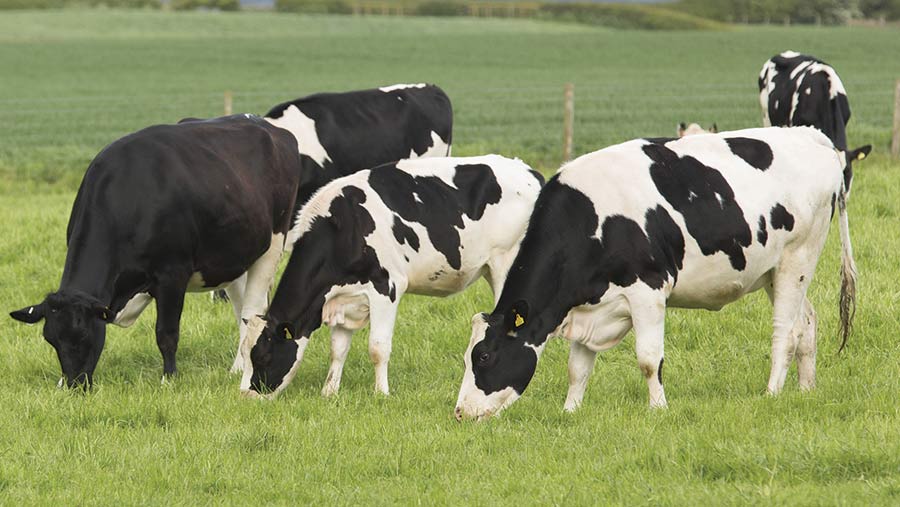 Dairy farmers in Great Britain have lost an estimated £28m during April and May as a result of market disruption caused by the coronavirus pandemic, with Welsh farmers hardest hit, according to the AHDB.

The closure of the food service and hospitality sectors has sent shockwaves through the dairy industry over recent weeks, leading to a drop in milk prices, delayed payments and demands to cut milk supply for many producers.

Analysis by the AHDB suggests that when the various factors are added together, the average financial effects felt by affected farmers in Wales during April and May is £6,100, compared with £4,100 in England.

It is estimated that almost half of dairy businesses in Wales have been “highly” affected as a result of Covid-19, with more farms facing reductions to milk prices and requests to cut production.

Businesses are judged to have been highly affected if they have seen a net revenue reduction of more than 2p/litre after taking into account any potential cost savings.

Farms that have been asked to voluntarily curb milk production would be judged as having experienced a low impact.

In Scotland, it is estimated 46% of farmers have, so far, suffered little financial disruption as a result of the pandemic, but for those who have, the average cost is estimated at £5,100 a farmer.

Earlier this month, Defra announced that dairy farmers in England who had lost more than 25% of their income were entitled to up to £10,000 each to cover 70% of their lost income during April and May.

More details on how farmers can apply to claim this money is expected next week.

A similar hardship scheme is operating in Wales.

To boost home consumption of milk and other dairy products, £1m is also being invested in a consumer-facing advertising campaign.