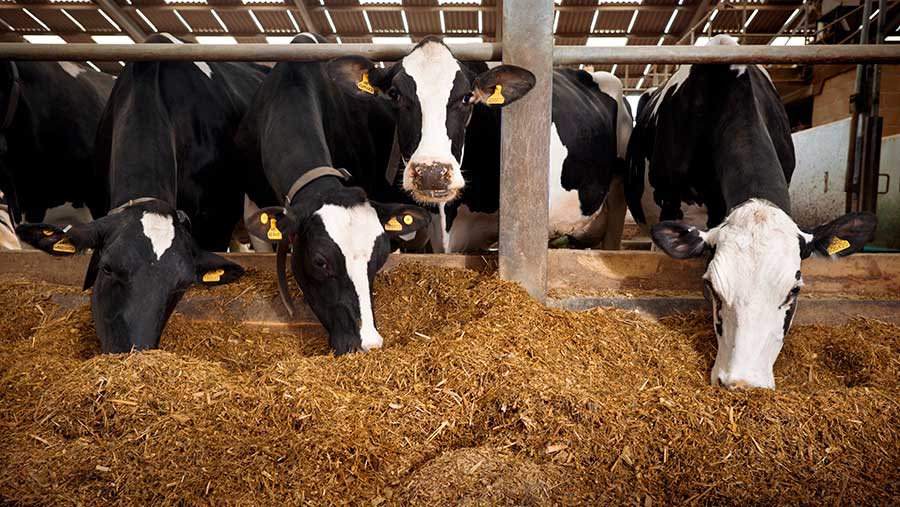 The removal of quotas in March 2015 caused a sudden increase in supply, she explained.

Supplies on the EU market also rose after Brussels imposed sanctions on Russia over its involvement in the Ukraine conflict.

Moscow retaliated with a tit-for-tat ban on farm produce. That meant exports worth £1.8bn – or one third of all EU cheese and a fifth of its butter – were returned to the European market.

As a result milk prices spiralled down by 25-30% to a seven-year low and dairy producers were hit hard.

A further factor in this year’s decline is the switch to sexed semen which began in 2016-17.

“That has seen a reduction in the number of replacements bred overall and a smaller but more efficient milking herd,” Ms Clayton said.

While the lower number of calves on the ground starting in 2016 works its way up through the age brackets, other age groups have not declined to the same degree.

While the number of youngstock – 0-2 years – dropped by 5,700 head on the year, animals aged 0-6 months increased by 1,800 head, slowing the overall decline in youngstock numbers.

In March the AHDB is due to publish its 2020 outlook for UK milk production which will set out how the changing herd size might affect output.

But Ms Clayton painted a relatively stable picture for production ahead.

The summer drought in 2018 saw a rise in milk yields as dairy farmers switched from forage to more potent concentrates to fuel production, she said.

The past year has seen the reverse, with a greater reliance on forage in 2019’s excellent grass growing weather which should mean yields return to a more normal level.

Globally, she said milk production was almost static with 1% growth forecast against a predicted rise in demand of 2%.