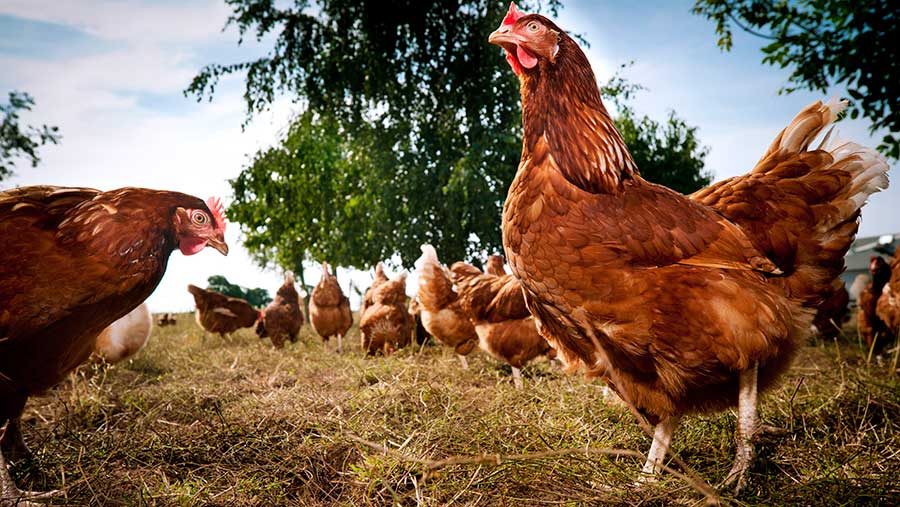 Farmgate egg prices rose by 9% during the first three months of 2020, with further rises feeding through during April in response to a significant surge in retail demand during the coronavirus lockdown.

Defra’s quarterly UK egg statistics show that the average farmgate price of eggs was 75.5p/dozen in the first quarter of this year, compared with 69.3p/dozen during the same period of 2019.

This is their highest level for about four years.

The price of free-range eggs went from 81.4p a dozen in October-December 2019 to 86.5p/dozen in January-March 2020, while the price of enriched cage eggs was stable over the same period at 56.4 p/dozen.

Robert Gooch, chief executive of the British Free Range Egg Producers Association (BFREPA), said the price rise in the first part of the year tied in with a fall in production, largely caused by low-pathogen avian influenza outbreaks in Northern Ireland and Scotland.

However, he warned that despite the price increase most producers would still be operating below the cost of production.

BFREPA’s latest costing figures, produced monthly by Adas, suggest that once depreciation and interest payments are taken into account the average cost of production for contract free-range egg production is 101.74p/dozen, compared with an average farmgate price of 83.9p/dozen.

The coronavirus crisis had seen a surge in retail demand for eggs, up by 18-19% during lockdown, he said.

Some of these eggs would have been supplied on long-term contracts agreed last summer, so the prices paid would not reflect the current situation.

“However, we do know there have been changes to contracts because of coronavirus and some of those packers who have had price increases have fed them down to their producers [during April].”

“The average price is starting to creep up, but there is a massive range. Some producers are still way below the cost of production, while others are getting closer to breaking even.”