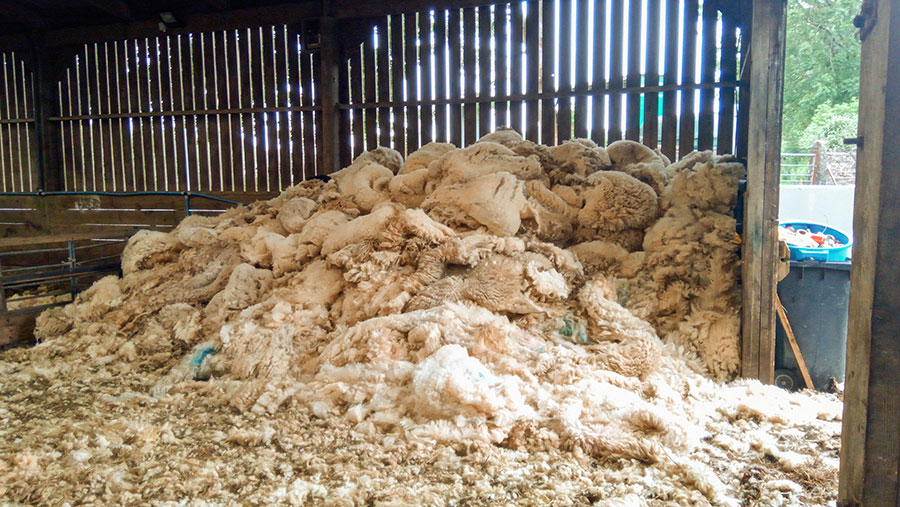 A sheep farmer in Wales has said he will throw the wool from 574 ewes onto the muck heap due to a slump in demand that has seen prices hit rock bottom.

Gerallt Hughes employed four shearers to clip his sheep, but said it was not worth the cost to then pack and transport it to British Wool.

The co-operative, which sells wool on behalf of the vast majority of UK sheep farmers, said it was facing the most severe recession in its history in the wake of the coronavirus pandemic.

Mr Hughes, who farms in partnership with his father on Anglesey, blasted British Wool for “resting on their laurels” by not exploring alternative markets years ago.

He said: “I can understand the market dictates the price of anything. But what have they been doing all these years?

“The price of wool has been dropping for the past 20-odd years. We are competing on a global scale against farmers from Australia, New Zealand and China.

“I just feel they have been resting on their laurels, thinking they can send it off to China for it to be processed there.”

Mr Hughes said he was investigating how to put the wool to good use on his farm, where he runs 1,000 ewes alongside his father’s 200-head suckler herd.

“There is a hell of a lot of nitrogen in wool, so there is a monetary value for ourselves on the farm to put that in the manure to degrade and then put on the land.

“When you think about it that way, it has some worth to be on the farm.”

A spokesperson for British Wool said: “British Wool understands the huge frustration farmers feel about the current situation within the wool market and that it is tempting to focus on and scapegoat the market leader in farmgate wool marketing.

“However, it is important to recognise and understand that the global wool market finds itself in unprecedented and challenging times as a result of the Covid-19 pandemic, which has not only had a significant impact on wool, but on the economy in general.”

The co-operative assured farmers it would lead the growth and renewal of wool values, but said it would take time.

It comes as the Farmers’ Union of Wales wrote to economy minister Ken Skates, following the news that British Wool has been denied Covid-19 support through the Coronavirus Business Interruption Loan Scheme.

In its letter, the FUW highlighted the effect the closure of wool markets would have on the price received by sheep farmers for their wool, and said sheep producers must still pay for this year’s shearing costs.