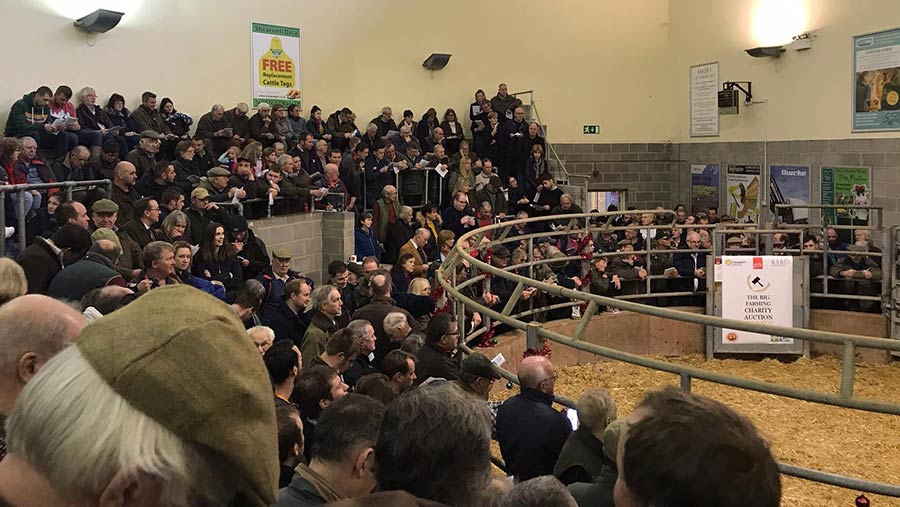 Farmers in the South West have helped raise a whopping £73,000 at a Sedgemoor charity auction in memory of a former auctioneer who died of cancer.

The Big Farming Charity Auction, held in memory of the late Charles Clark, a longstanding Greenslade Taylor Hunt auctioneer who passed away earlier this year, took place on 21 December in front of a packed ring at Sedgemoor Auction Centre.

The most notable item was a bottle of House of Commons whisky, signed by prime minister Boris Johnson, which made £3,000 and went to a local farmer.

It was donated by Mr Clark’s wife, the MP and environment minister Rebecca Pow.

A spokesman for Greenslade Taylor Hunt said the charities had all been chosen because in some way they had been part of Mr Clark’s life. 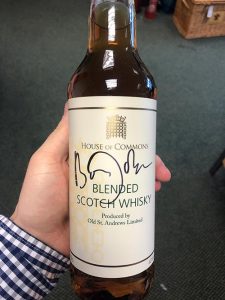 The highest value items which went under the hammer were two holidays – a stay in a 14-bed luxury house in Ireland which went for £5,100 and a fully staffed villa in Sri Lanka for £4,800.

Other notable sales included a Belgian Blue bull calf which made £1,000.

The event was described as a fitting tribute to Mr Clark, who had helped raise in excess of £2m for charity during his career as an auctioneer.

A full tribute to him can be read on the Greenslade Taylor Hunt website.