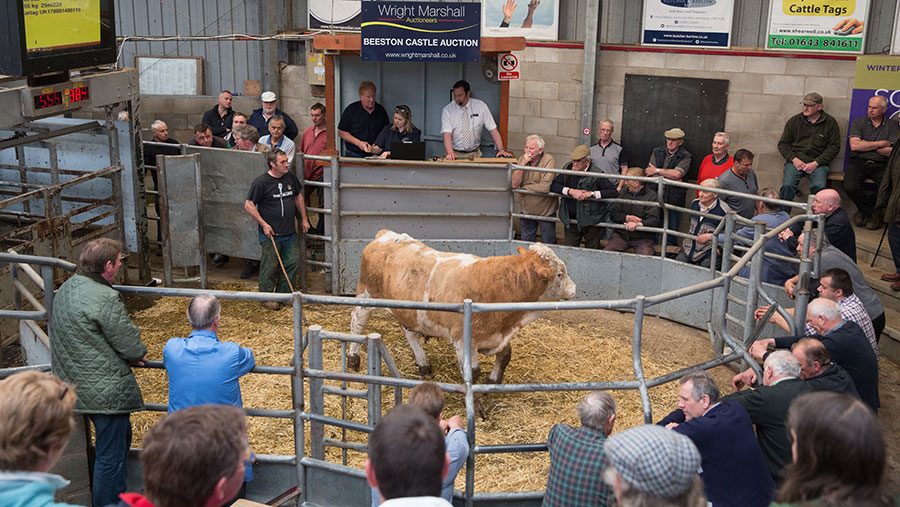 One-third of UK livestock auction firms made a loss in the most recent financial year, according to financial analysts.

Fresh analysis carried out by financial intelligence experts Plimsoll Publishing shows 34 of 75 UK livestock auctioneers increased their borrowing in the latest financial year, with 25 of them recording a loss.

Auction firms making a loss rose from 16 in the previous year, with Plimsoll rating 27% of livestock auctioneers as in danger, meaning their financial situation is deteriorating.

The news comes after Cheshire auctioneer Wright Marshall went into administration at the end of last month, leaving farmers who had sold livestock at its Beeston Castle auction owed thousands of pounds, with little expectation that they will be paid in full.

The filing notes that the overdraft is guaranteed by the directors and secured on trade debtors, meaning that cash from businesses that owe Wright Marshall money will be diverted to pay the bank first before farmers who have sold livestock receive anything.

The firm’s administrators, FRP Advisory, announced this week that it had sold the estate agent arm of the business to Lancashire- based Petty Estate Agents.