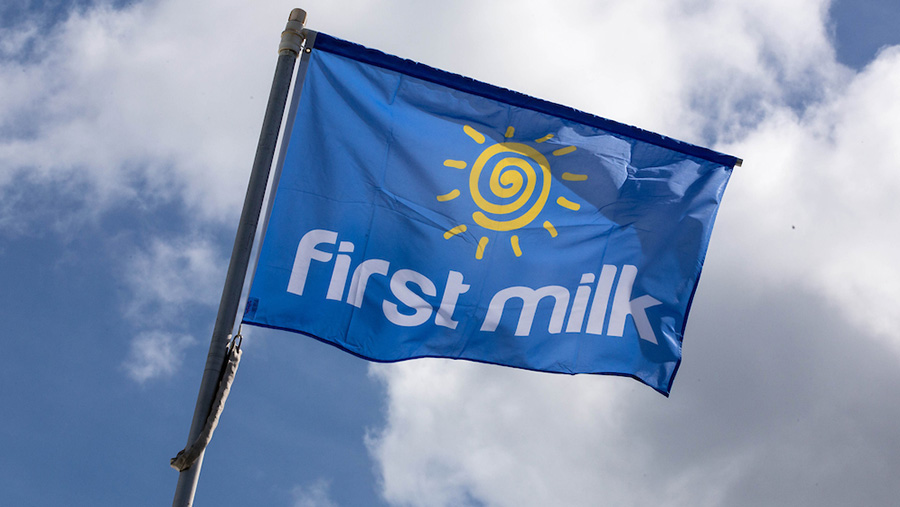 First Milk’s members will be paid 0.5p/litre more from 1 June.

This puts the co-op’s manufacturing standard litre price at 29.93p/litre, including the member premium, for milk with 4.2% butterfat and 3.4% protein.

For the current milk year, the member premium is being held at 0.5p/litre, payable to those who have reached their capital target. The payment is made at the end of each milk year and for 2020-21 was worth £4,800 to the average member.

Robert Craig, farmer director and vice chairman of First Milk said the price rise was possible as a result of improvements in market returns, as well as the benefits of the co-op’s continued capital investment in driving efficiency and productivity at its processing sites.

First Milk produces Cheddar, Red Leicester and Double Gloucester cheeses, sold in the UK through its partner, Ornua. It also exports cheese to more than 26 countries.

The company also sells bulk cream and whey proteins to a range of dairy manufacturers and processors across the UK.