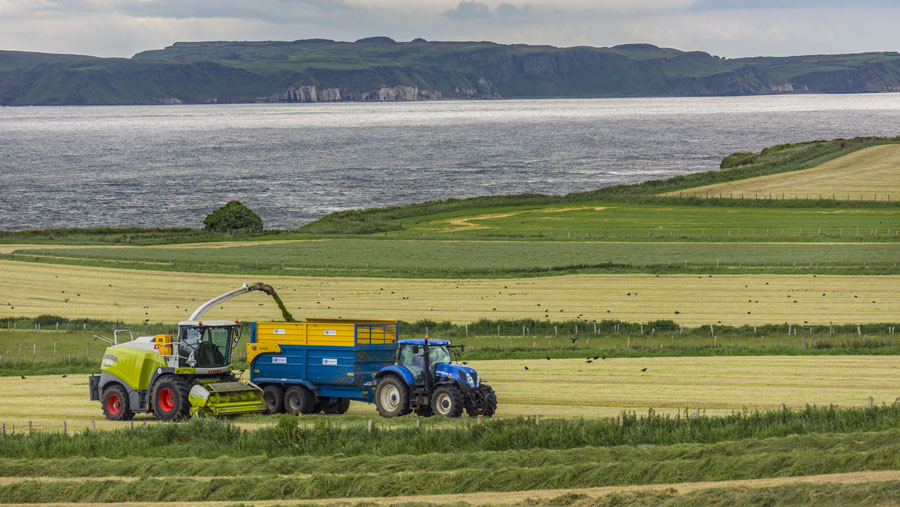 Exports of farm-produced goods from Great Britain to Northern Ireland are to continue without full border checks indefinitely.

A so-called “grace period’’ on the movement of goods into NI was set to expire on 1 October.

But it was announced on Monday (6 September) that the existing trading arrangements will continue and that no deadline has been set for that situation to end.

It means businesses exporting goods of animal origin including meat and dairy products across the Irish Sea will not be subject to what would have been significant new paperwork and heightened border checks.

Around 75% of all groceries bought in NI are sold by British supermarkets, which ship the vast majority from distribution centres on the British mainland.

These have been subjected to heightened border checks since Brexit, but had the grace period ended a new level of red tape would have kicked in.

Although the imminent threat of disruption to trade has been averted, the British Meat Processors Association has given a lukewarm reaction to the announcement.

“While the pressure is off the 1 October deadline, our negotiators still face the same issues as they did before, for which compromise will be needed all round,’’ it says.

With the hiatus in place, negotiations between the UK government and the EU will continue over the future of the NI Protocol.

This came into effect on 1 January 2021 and under the terms of that agreement, all goods travelling from GB to NI should follow EU customs rules and product regulations.

But, to allow businesses time to adjust, grace periods were agreed and the latest of these was due to come to an end on 1 October.

Sir David Frost, the UK minister in charge of Brexit, said the grace period and easements in force would remain.

The government would continue to operate the protocol on the current basis, to provide space for potential further discussions, and to give certainty and stability to businesses while any such discussions proceed, he said.

Lord Frost gave an assurance that “reasonable” notice would be given if the situation were to change.

The UK is seeking significant changes to the protocol as part of the new negotiations, but this has so far been rejected by the EU.