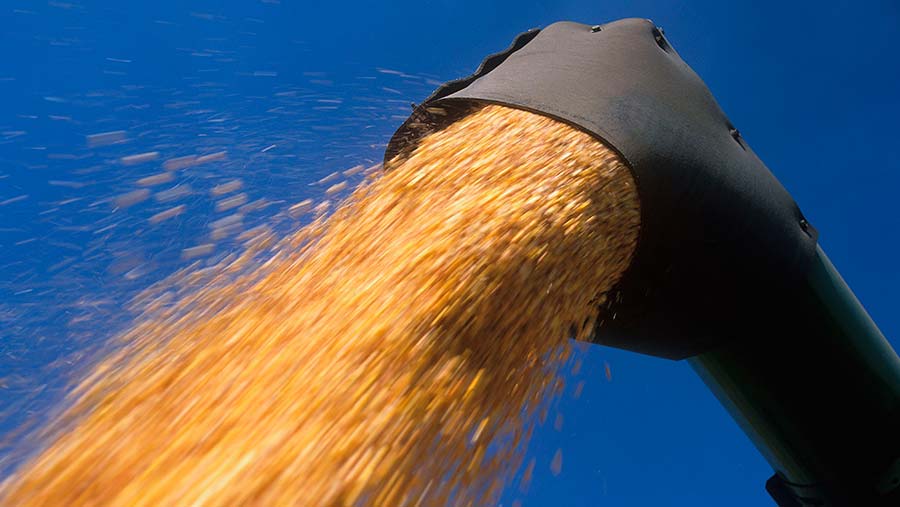 Grain prices have come under pressure for a second week but tight UK and world supplies mean there is a limit to how far they can fall.

Disappointing US export figures pushed Chicago futures down and other markets followed. EU export volumes are also way behind those of last year.

However, a mix of factors means the market is volatile. On the positive side, the further weakening of the pound on hard Brexit speculation has made UK exports competitive into northern continental Europe and to Ireland, limiting the damage for sellers.

September ex-farm values averaged £169.65/t as Farmers Weekly went to press on Wednesday (29 August), down by about £2.50/t on the end of the previous week.

The global grain outlook predicts lower output for the second year , with consumption rising to an all-time high, so end of year stock levels will fall significantly.

However, more local factors may move the market to a greater degree in the short term.

Speculation about the closure of at least one of the two north-eastern bioethanol plants for maintenance has added to market volatility, though neither operator will confirm its plans.

The German farmers union DBV has once again reduced its expectations for the country’s wheat harvest, putting it at about 18.6m tonnes, down 22.8% on 2017 and the lowest crop since 1993. Total German grain production is estimated by DBV at 35.6m tonnes, a 26% cut overall compared with 2017.

Depending on the size and quality of the UK crop, the reduced German supply may raise questions over the origin of UK wheat imports in 2018/19, said the AHDB.

The outlook for global maize production, which competes with wheat in many markets, has improved but the market still looks tight because of rising consumption.

Further nervousness was added recently with speculation that low grain stocks and poor milling quality in the Russian wheat crop would lead to export restrictions.

Subsequently the Russian Ministry of Agriculture confirmed that it was not imposing export restrictions, bringing prices back down.

However, market nerves were jangled by the addition of the rider “for now” to that announcement. Many traders think that Russia cannot sustain its current export rate.