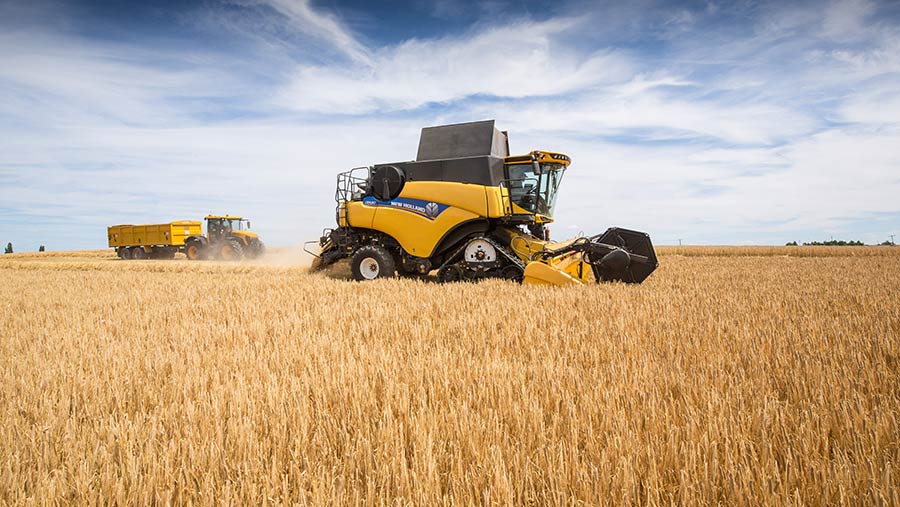 Grain prices have weakened this week in a mixed picture for harvest outlooks and results.

While reducing European crop estimates are providing some support, the Russian wheat harvest is turning out better than expected. Alongside this, a sinking US dollar and an improving yield outlook have made maize even more competitive.

See also: Opinion: from BPS to ELM – we need to know what the plan is

At the same time, hopes are rising for a better-than-expected performance from the US spring wheat crop.

Some traders and analysts are cautiously raising their estimates for the UK crop, which had been expected to yield only 10m-11m tonnes against last year’s 16m-tonne bumper harvest. However it’s a very mixed picture on yield and there is a long way to go.

France cut its soft wheat crop forecast by 1.6m tonnes to 29.7m tonnes this week. Bad autumn and winter weather combined with the smallest area since 1994 are the main reasons for the expected 25% cut in crop size compared with 2019.

Russian wheat is increasingly competitive in export markets, while France has been exporting barley at a sharp rate, with feed and malting quality shipments in July totalling 447,000t to China alone, according to AHDB figures.

“However, apparently limited demand is matched by limited selling.”

UK rapeseed prices have reduced very slightly on a firmer pound, with ex-farm values for August averaging £326.60/t on Friday.