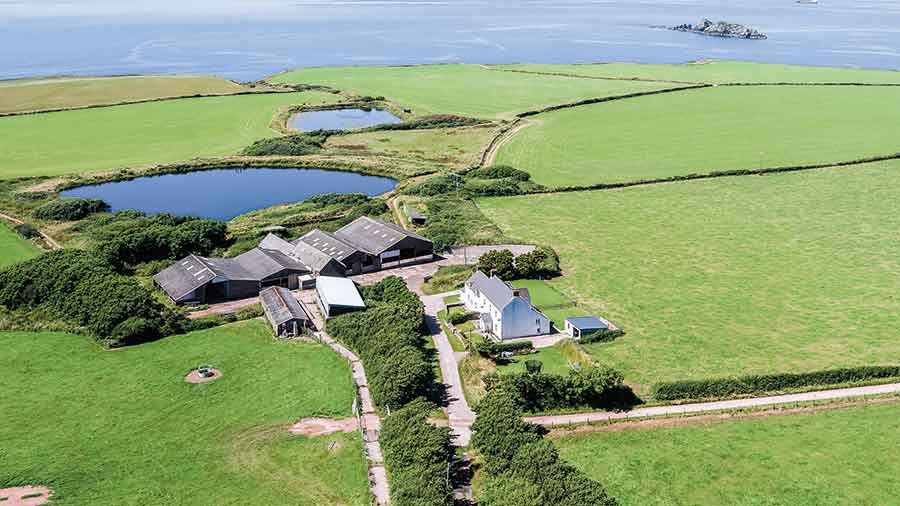 A Welsh farming business is eyeing expansion after paying close to £10m for two quality dairy farms in coastal Pembrokeshire.

Potential buyers for 800-acre Lower Broadmoor Farm, near Talbenny, and 483-acre Corston Farm 18 at Hundleton came from as far away as New Zealand and Canada.

Supply-starved buyers from England were also drawn to the scale of the proposition, but it was local buyer RE Evans Ltd which eventually bought both sites.

The new owner plans to re-establish a herd at Corston and combine a dairy enterprise with its existing arable enterprise that supplies Puffin Produce in Haverfordwest.

A spokesperson said: “We expect to have the herd in place ready to supply milk in the late summer from Corston.

“Our plan is to extend our arable rotations into the wider land base at Lower Broadmoor, giving us some excellent access to clean ground, and we have a good land base more widely to support the existing herd there.”

The seller – Suffolk-based Frederick Hiam Ltd – has now exited the dairy sector to concentrate on its vegetable and arable business.

More about the dairy farms

Lower Broadmoor has two farmsteads providing grazing and cubicle housing for the 400-strong herd, plus a 40-point rotary parlour.

Alongside the dairy operation, the farm has about 500 acres of arable-capable Grade 3 soils.

Corston, about 18 miles away, has almost all of its acreage down to grass with further modern buildings equipped to milk and house 300 cows.

A total of nine houses came with the sale.

Richard Binning, partner at Savills which handled the sale, said potential buyers took a range of perspectives when viewing the two sites.

“We had intensive dairy farmers and those looking at grazed systems as well as farmers interested in growing early potatoes.

“Its location also drew in one party who approached it from the farm shop and eco-tourism angle.”

Mr Binning said it was possible that the level of interest reflected the short supply in the market across the border.

“It was of a big enough scale to attract rollover buyers in the southern half of England, where all the development is happening. Farmers are being tempted out to the west coast of Wales because of supply.”