The sale of a large block of commercial forestry in a sought-after region of Scotland has opened with strong interest. 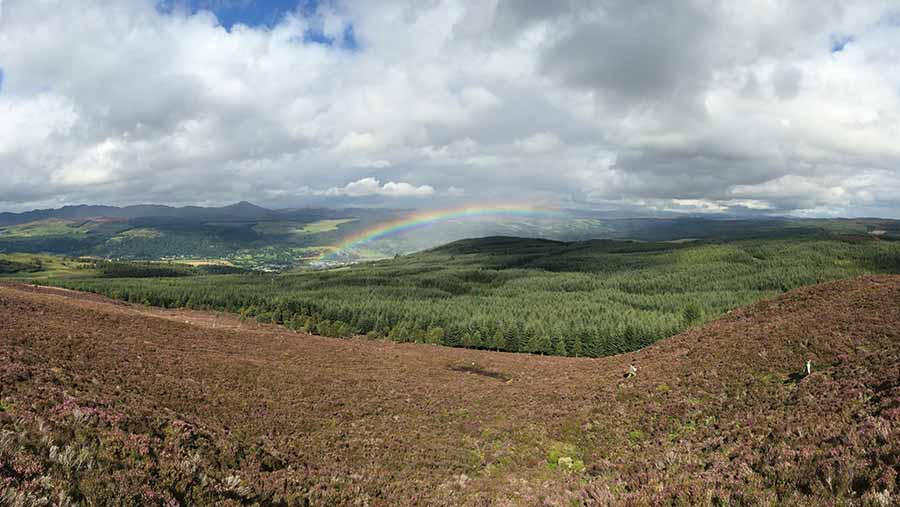 See also: Farmland worldwide – what’s up, what’s down and why

“Early signs have been very good and there is added interest since there is planning permission to build seven wind turbines – six on the property and one off site. This has led to enquiries from some energy companies,” said Raymond Henderson, forestry partner at Bidwells.

About 2,200 acres of the estate is put to Sitka spruce-dominated commercial forestry with hill ground that includes deer stalking. A grouse shoot makes up the balance of the acreage. 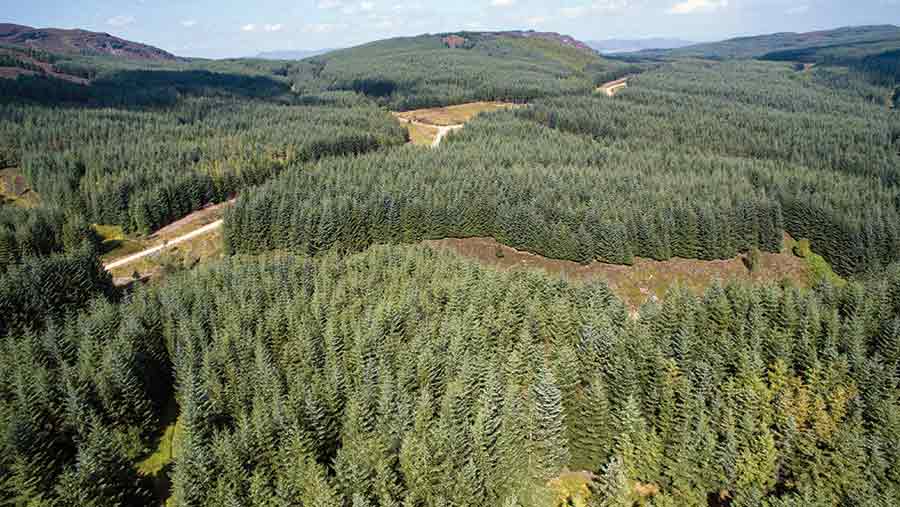 Mr Henderson added: “The current owners have been watching it grow since 2005. It’s at the stage when clear felling of timber can happen in five years’ time. It has a skeleton road system and some thinning has taken place – it’s been well maintained.

“It’s a big area to come to the market in Scotland, but particularly in Perthshire. It’s not unheard of, but it is certainly on a large scale.”

Moness is adjacent to the Calliachar wind farm and is being sold with consent for North Calliachar, which allows for six turbines of up to 3MW capacity on the property and a seventh on a neighbouring estate, taking the total installed capacity to 21MW.

This development opportunity has been lotted separately.