The traditional peaks and troughs in the UK farmland market are being ironed out with launches and completions now taking place year-round.

Easter to autumn remains the peak period for launches of farms and land, enabling sellers to use the longer days and better weather to hold viewings. 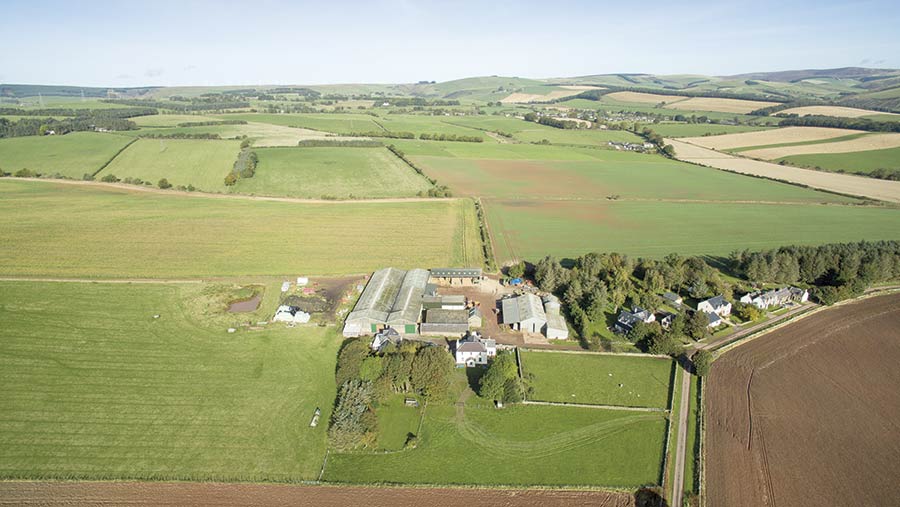 Buyers becoming more selective in finding the right proposition – rather than grabbing land at all costs – is one reason why the time of year is becoming less of an influence.

Bruton Knowles associate Gareth Lay said: “In my opinion, as long as farms are not launched or sold between 20 December and mid-January – where Christmas and New Year get in the way – the timing is irrelevant.”

He cited a current example of two farms – a 60-acre and a 30-acre holding – which he expects to launch in January for auction in February.

He says he is not concerned about bringing them to market in the winter months.

“The shortage of land is the driver, not the daylight hours,” he added.

Impatient buyers and the digital revolution

Few would disagree that farms look their best when crops take off and fields are being grazed by stock in May and June.

“The internet has totally transformed the marketing of property,” he said.

“We are now able to link up with buyers around the world and anyone seeking to acquire a property won’t want to wait until the late English spring to see what property is available.

“Buyers are much more impatient and demand for the best property continues unabated. We are morphing into an instant society and the market has to react positively to this trend.”

Andrew Fallows, partner at Carter Jonas, added: “Timing depends on a number of reasons, but we perhaps don’t get so much of a flush in the spring as we used to.”

He added that the show season has an effect on launch date, with agents keen to have something new to talk about at events.

But he said that a simple vagary – the weather – has probably affected the pattern of business.

“We have ever-changing weather, so picking your time is less important. We used to have lots of snow and hard frosts and now we seem to get wet winters instead.

“If you do your preparation beforehand, taking pictures, for example, you are ready to go and can pick your time to go to market.”

But she adds that the Scottish market is also more balanced. She says there are two reasons for this.

“Historically we were dealing with farmer buyers predominantly, and we were very conscious of selling farms when they have time to view them.

“Perhaps with more lifestyle buyers we are less dictated by time.

“Another influence is the lack of stock on the market – particularly for a farmers’ farm – you may come to the market later because there’s little competition.”

She pointed out that 581-acre Collielaw Farm in Berwickshire was only launched three weeks ago – a late launch for Scotland – but still attracted more than 15 viewings with a late-November closing date.

Strutt & Parker says there is no pattern that suggests a change in mindset regarding launch dates.

“There is some evidence that fewer farms are being marketed in quarter one, but there is no change in quarter four, so April to September remain the main marketing quarters,” said the firm’s research partner Jason Beedell.