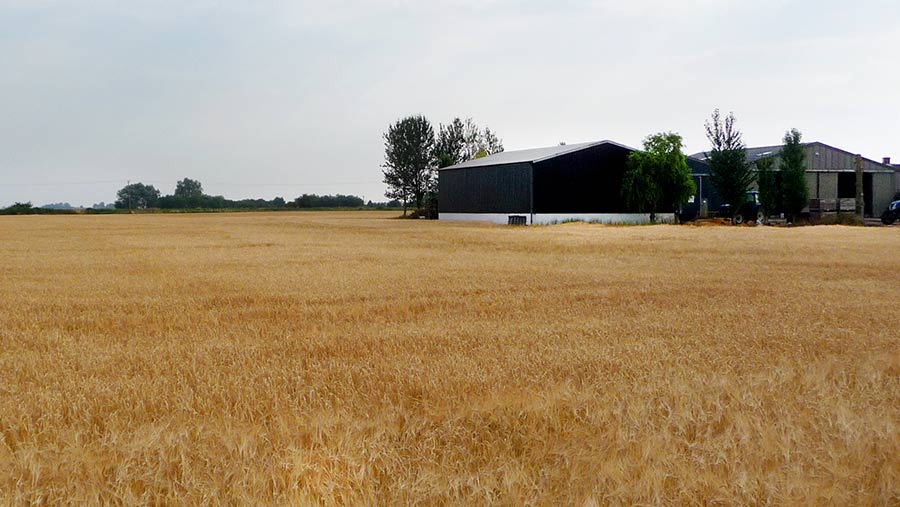 The number of arable acres marketed across England and Scotland leapt in the third quarter of 2018, taking supply to its highest point for more than five years.

Strutt & Parker’s Farmland Database shows that publicly marketed arable land by area is up 35% on the same point last year.

Several large sales have contributed, while supply in Scotland has doubled.

The company’s head of estates and farm agency, Michael Fiddes, said the headline increase was eye-catching but the main drivers were still debt, death and divorce.

However, he added that Brexit would be a consideration in most sales decisions.

“The Agriculture Bill and Brexit have made people stop and think about their strategy and long-term aims. That has been a factor,” he said.

“Sellers are looking at what is around the corner and where they have their money.”

Knight Frank figures show that bare agricultural land values fell 4% in the past 12 months but Mr Fiddes said that was not wholly attributable to supply.

The effect of a supply increase was more evident in the variety of prices being paid, he said.

Warwickshire saw the top price of £15,000/acre, while land was sold at less than £7,000/acre in Cambridgeshire and Lincolnshire.

Mr Fiddes said: “You have a few people with a lot of money who are going to buy the right thing when it comes up whatever the price, while there are those who think now is not a good time to be extending themselves.

“The upshot is a broadening of prices.”

Brown & Co said values had held up across the east of England over the past six months, but acknowledged that some farms had struggled to sell.

Partner Jim Major gave the example of Charman’s Farm near Bury St Edmunds, which had 591 irrigated acres of cereals and root crops and quickly went under offer in excess of the £5.575m guide price.

“From our King’s Lynn office, public and private sales agreed are in excess of £30m, demonstrating very useful demand from a smaller pool of buyers,” he said.

“This includes more farmer buyers than investors, other than for units of more than 500 acres.”

Cheffins director Edward Tabner agreed that prices had remained firm but said he had seen a £5,000/acre disparity between the top and bottom of the Cambridgeshire fenland market.

He said: “Prices continue to be dependent on location, who is neighbouring the land and the buying strength in the local area.”

Bare land or sales with good buildings have attracted the most interest, while those with substantial value attributed to residential property has struggled in some instances.

He used the example of 269-acre Plantation Farm, which had Grade 1 and 2 land plus modern buildings and was snapped up by a private investor.

Mr Tabner added: “Farmers are now considering their options and waiting to see the outcome of Brexit negotiations and the future direction of UK agriculture.”