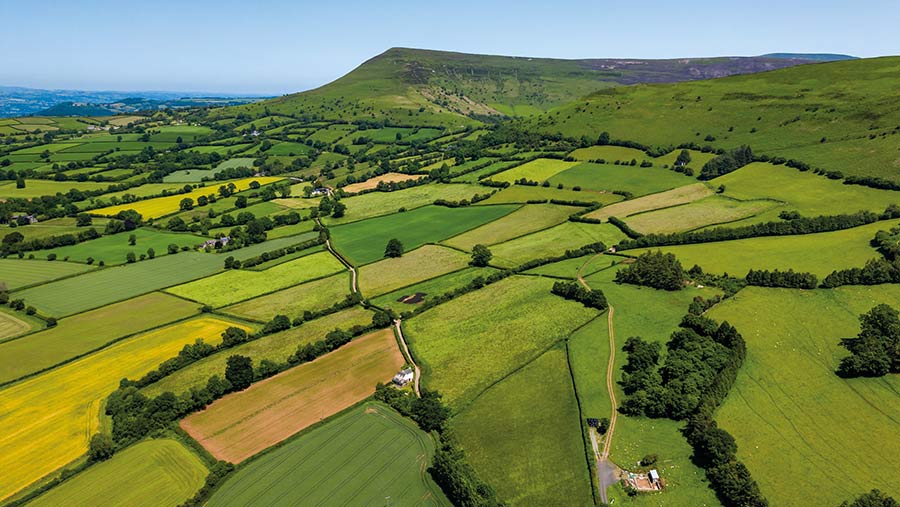 Farmland values hit a four-year high in the third quarter of 2021, with limited supply and strong demand supporting the market.

According to the Knight Frank Farmland Index, the average value of land in England and Wales reached levels last seen at the beginning of 2017.

See also: So you want to… sell your farm?

This marked a third consecutive quarter of growth and was the strongest quarterly performance since March 2014. The annual growth increased to 5%, the biggest 12-month jump since June 2015.

Supply was only marginally up on 2020, which saw the lowest number of acres launched on record, due to Covid-19 restrictions.

“Farmers accounted for 39% of buyers, compared with the 55% who were either lifestyle purchasers or investors.”

A larger volume of land is likely to come to the market in 2022, and there remains a large pool of buyers that should pick up a significant amount before supply and demand starts to swing the other way.

The average value of arable farmland in England rose to £9,700/acre in the third quarter of 2021, the highest quarterly average since 2018, according to Strutt & Parker’s Farmland Database.

Matthew Sudlow, head of estates and farm agency, said the rise is a reflection of historically low levels of supply combined with firm demand from a range of buyers.

Strutt & Parker recorded that fewer than 10,000 acres came to the market between July and September, which is about half the level typically expected.

To date, only 157 farms have been launched on the open market this year in England, about 40 fewer than usual.

“This is probably because the private market is also active,” said Mr Sudlow. “We estimate private sales currently account for about 25% of the market nationally, and up to 40% in some regions.”

Looking forward, Mr Sudlow said he expects the amount of land being marketed to remain low for the remainder of the year.

While supply has increased on last year, this is not being seen evenly across England, according to Savills.

In the south-west of England, the number of acres publicly marketed in the third quarter was down 27% on 2020. In contrast, Scotland saw supply increase by 75% but to still below the five-year average, showing how little was brought to the public market last year.

The growth in values for pasture land in England is currently greater than for arable land, with a 3.9% increase in Grade 3 livestock and a 3.2% growth in poor livestock land on the previous quarter. Prime arable increased by 1.7% and poor arable by just 0.3%.

Meanwhile, in the east of England, average values of poor arable land fell by 1.3%.

The rate of value rises in Scotland outpaced the rest of Great Britain, with the value for prime arable land in Scotland now marginally higher than prices being achieved in England for the first time since 2006.

Values have also risen across other land types, and the overall average land value in Scotland is now exceeding its previous peak recorded in December 2013.

Evelyn Channing, head of farm and estate sales in Scotland, said: “The appetite for planting land is a factor, with investors for planting land turning their attentions to average-quality livestock land instead of the poorest quality, which often has limiting factors for tree planting.”

Historically, about 10% of the annual supply of land is launched in the final quarter of the year.

Although this increased to about 18% in the last few months of 2020, due to the exceptional market circumstances of that year, Savills anticipates 2021 will return to normal levels, meaning most of the year’s stock has already been launched.