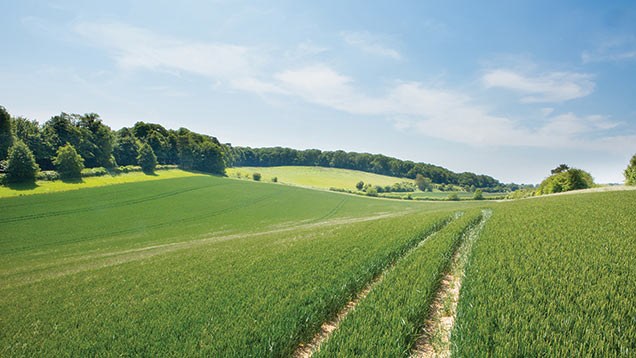 The sale of two large Berkshire farms brings 1,500 acres of arable land to the market.

Fishers Farm near Hungerford has 550 acres of arable land at offers in excess of £9.5m (TBC Tuesday) as a whole or in five lots. This is served by a 1,500t grain store, while the farm also has 26 acres of let grass and 36 acres of woodland.

Wheat has yielded around 9t/ha and is grown in a rotation with oats, oilseed rape and peas on the predominantly Grade 2 land under a contract farming agreement which expires in 2018.

The sporting rights are let for three years to a neighbouring farmer. Fishers Farm, also has a five-bedroom farmhouse and a £25,000 annual income from a let commercial building. (Strutt & Parker 020 7318 5171).

Nearby, at West Ilsley, a 1,470-acre estate is being marketed as an investment opportunity.

The arable business is one of four lots, with a small let grass paddock and two sets of horse gallops let to racing trainer Mick Channon making up the other three.

The annual rental income for the entire estate amounts to about £147,000, with BPS entitlements and environmental stewardship payments claimed by the tenants.

The guide price is offers in excess of £11.2m as a whole.