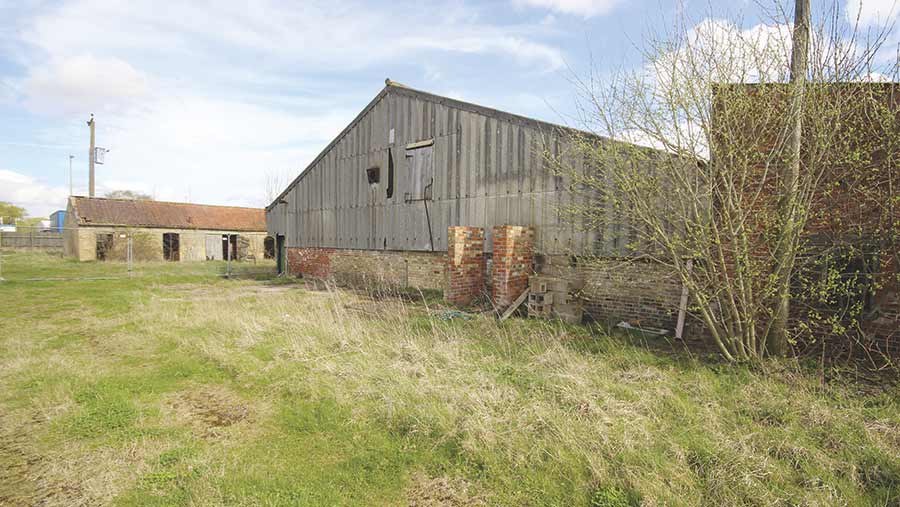 10 acres of arable land and buildings at Market Rasen

A wide variety of opportunities have surfaced for farmers looking to buy whole farms or small blocks at auction in the coming weeks.

Sales will take place across England this month and next, with bare parcels of 10 acres up to 187-acre farms going under the hammer.

The largest, Branston Booths, is 76 acres of Grade 2 sandy soils that has been guided at £4,955/acre.

The plot is divided in to four fields by dykes and is suitable for cereals, potatoes, sugar beet and field vegetables.

The other lots consist of about 10 acres of arable land and general-purpose buildings at Market Rasen, which has been given a £145,000 guide price, and 19 acres of grassland at Sturton by Stow – with a single building – and is expected to reach £175,000. 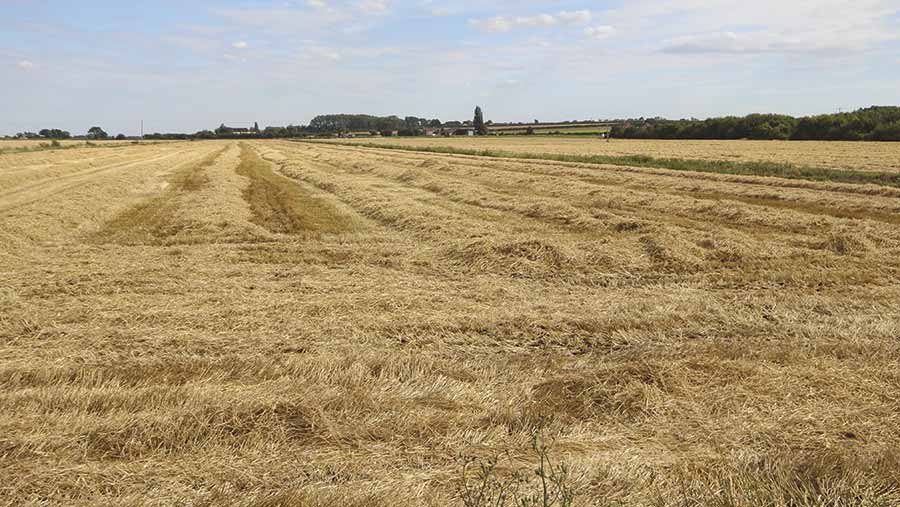 Cundalls will sell 65 acres of land, woodland, and a let telecoms mast near Sinnington, York, on 28 September.

Three of the five lots include farmland. About 41 acres of pasture with a general-purpose building and yard is the largest block at offers over £350,000.

A two-acre woodland and let telecoms mast will also go under the hammer. 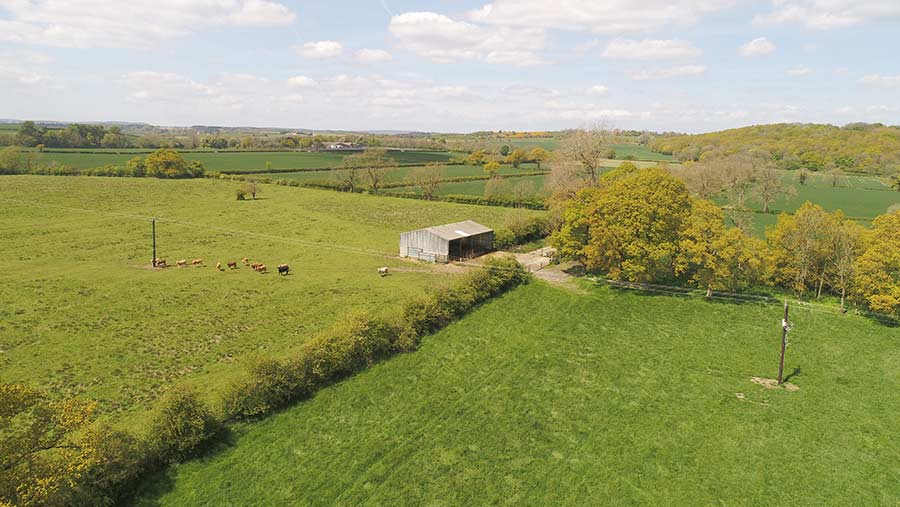 65 acres of land at Sinnington, York

Symonds & Sampson has two auctions taking place in the next few weeks with a total of 122 acres available in 10 lots across Devon, Dorset and Somerset.

Among them is a 44-acre block of level Grade 3 arable land that has been used to grow miscanthus.

The land at Broadmoor Lane in Horsington – five miles south of Wincanton –  is now sprayed and topped ready to be sown. It has a guide price of £330,000 and will be auctioned in Sherborne on 27 September.

On 12 October in Axminster the firm will also sell an 18-acre block and a 16-acre parcel of pasture near Bridport. Both have been given £95,000 guide prices.

On the same evening, in Buckinghamshire, two neighbouring grassland plots of 24 acres and 10 acres are being sold by Robinson & Hall.

The land at Little Horwood Road on the edge of Winslow has been let under a farm business tenancy, but vacant possession is offered from 1 January 2018.

The ring-fenced Worcestershire unit lies between Redditch and the M42 and is mostly suited to arable cropping.

Diversity comes in the form of 6,300sq ft of office space and, potentially, value from future development on some of the land.

A ring-fenced Lake District unit with 187 acres of meadow, pasture and upland grazing has been given a £1m guide price by H&H Land and Property and Michael Hodgson.

Cragg House Farm, near Kendal, is equipped with a large portal-framed livestock shed and a range of more traditional buildings. 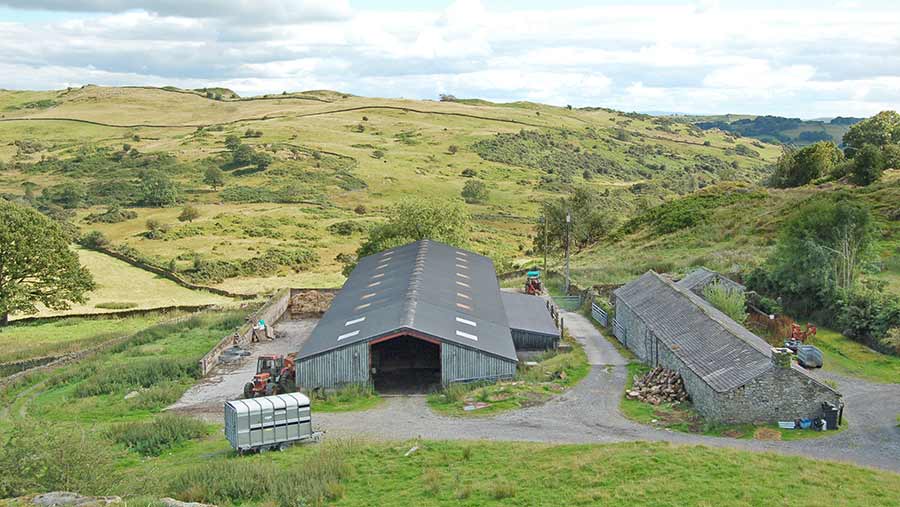 There is a four-bedroom principal farmhouse and smaller house – the latter is subject to an agricultural occupancy condition.

Undulating land is classified as severely disadvantaged, but has a natural water supply and is accessible to farm machinery.

It will be auctioned on 22 September in Kendal.

A south Shropshire smallholding comprising a cottage, buildings and 21 acres of land will go under the hammer on 29 September at Halls’ Shrewsbury office.

Lot one at The Hawthorns, near Bishops Castle, comprises the cottage – which needs renovating – buildings and about nine acres, and has a price guide of £230,000.

Buildings include a two-bay Dutch barn, cow house with granary store, a lean-to dairy and a two-bay pole barn.