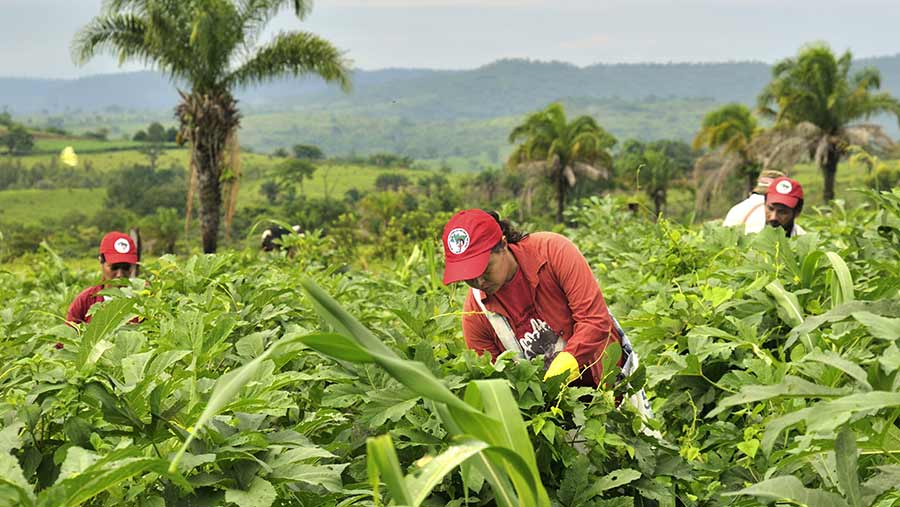 UK buyers of international farmland are few in number but the benefits associated with owning an asset overseas could benefit farmers looking to spread their risk for the future.

Slim domestic supply and a lack of scale at home is driving interest from those with the resources and resilience to move into an unknown foreign market, agents say.

Adam Oliver, agri-business consultant for Brown & Co, says international ownership can benefit those who can’t find or afford what they want in the UK.

See also: Who is buying Britain’s largest farms and for how much?

He says UK buyers began to take a serious interest in Poland 20 years ago but are now also looking at other Central and Eastern European countries such as Russia, Ukraine, Latvia, Estonia, Bulgaria, Serbia, and Croatia.

“Buyers typically fall into three camps,” he said. “Private individuals, such as farmers, wealthy families who are looking to spread funds into different markets, and international investment funds.”

Scale is often the driver, with entry levels rarely dipping below 1,200 acres and going as high as 12,000 acres.

“We don’t condone selling up entire enterprises and moving operations abroad, but there is a case for many to think about how they can spread risk,” he said.

“If you’re the sort of character who likes a challenge and are looking for the next project, you could be missing a trick by not looking at international ownership because there are good opportunities out there.”

Savills says that making a decision on international investment is a case of balancing opportunity and risk.

The firm has calculated a score for each popular international farmland market, and suggests the USA, Australia, Denmark and New Zealand have the best opportunities for investors.

Ireland, Hungary, France and Brazil are at the opposite end of the spectrum.

Director of rural research Ian Bailey said: “Buying cheap land and increasing its profitability comes first, then owners can benefit from the improved trade as the nation develops.

“But it’s not across the board – places like Hungary are not as attractive they used to be.

“Infrastructure is vital, but the country’s politics is probably the number one element, particularly if you have an exit strategy – you need to be able to sell what you have when the time comes.”

Restrictions on foreign land ownership, political chaos and the worst recession since 1931 all mean Brazil has been left out of any investment considerations for the past five years. But the country is now slowly coming out the other side. Land prices range from £900-£1,800/acre.

It is not possible to own land – until legislation changes – but in western Ukraine climate and soils mean returns are compelling for someone wanting to operate themselves.