High demand and limited stock characterise the Scottish land market, with few new farms being launched and the total number available down significantly on this time last year.

Agents say smaller units of less than 100 acres, amenity farms and bare land with woodland planting potential are popular, and values are generally stable, but range from £1,500/acre to £10,000/acre.

Interested parties include existing farmers looking to expand, investors, amenity buyers hoping to move from urban areas and some overseas buyers, including expats.

See also: So you want to… sell your farm?

The future remains uncertain due to Covid-19 but land, especially arable land, is likely to remain a safe investment.

In central and west coast Scotland, the majority of the units brought to market before the pandemic have now settled or are under offer, said Duncan Barrie, partner at Galbraith.

There has been a significant shift to parties moving to rural areas and using land and outbuildings as home working spaces, which is expected to continue.

In Fife, the Scottish Borders and the Lothians, Galbraith has been involved in several private deals.

Arable and mixed farms are coming to the market from sellers retiring or downsizing, with farmers expanding or with rollover money the main buyers.

In Aberdeenshire, bare land is very popular, primarily with local farmers who already own buildings and a farmhouse, said Tom Stewart, partner at Galbraith.

Prime arable land typically sells for £5,500-£6,500/acre, while land for tree planting starts at £2,000/acre, but can reach much higher, depending on location, soil quality and how much land is available in one parcel.

“Confidence is high, with the agricultural sector having experienced good profitability overall this year, so I expect the rest of the year will be strong for farmland sales,” Mr Stewart said.

Good-quality land and farms are coming to the market in Angus and Perthshire, but not yet at the usual level of supply, said Simon Brown, partner at Galbraith.

At the lower end of the market, there is considerable demand from those who have sold a small farm in England and are looking to upsize in Scotland.

“For the rest of 2020, we are confident that the market will continue to perform well,” he said.

“There is a continued strong demand for land and it tends to be counter-cyclical, so in previous periods where the economy has dipped, land has outperformed other asset classes.”

There seems to be strong demand for good arable land, said Malcolm Taylor, partner at Bell Ingram, and overall a number of private sales have been made.

Though sales are down by about 50% on this time last year, existing farmers looking to expand and young new entrants have been keen buyers.

Bell Ingram is currently marketing a number of small to medium-sized farms across Scotland, which have quickly received plenty of interest.

Virtual interior footage of the houses and buildings and drone footage of the land have helped the marketing process during lockdown and are likely to remain key features as the coronavirus threat continues.

Land with tree planting potential can often achieve two or three times its agricultural value, consistently at £1,500-£2,000/acre, and reaching £2,500/acre plus on rare occasions, he said.

In addition, land associated with lifestyle properties can be worth three times the agricultural value, though this varies hugely by region. In the Lothians, close to Edinburgh, permanent grassland can fetch £20,000/acre if sold for lifestyle or equestrian use in small blocks of five to 10 acres.

“Due to uncertainty potentially restricting supply, there may be a greater imbalance between supply and demand over the rest of the year, even if sales completions post lockdown reduce the current pent-up demand,” Mr Hipwell said. 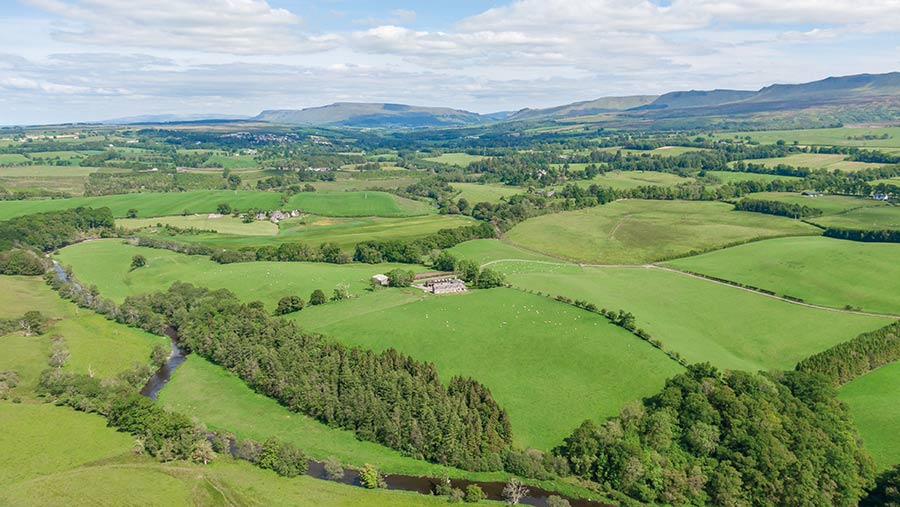 Little Drumquharn, Balfron Station, Glasgow, is on the market with Galbraith for offers over £1m. 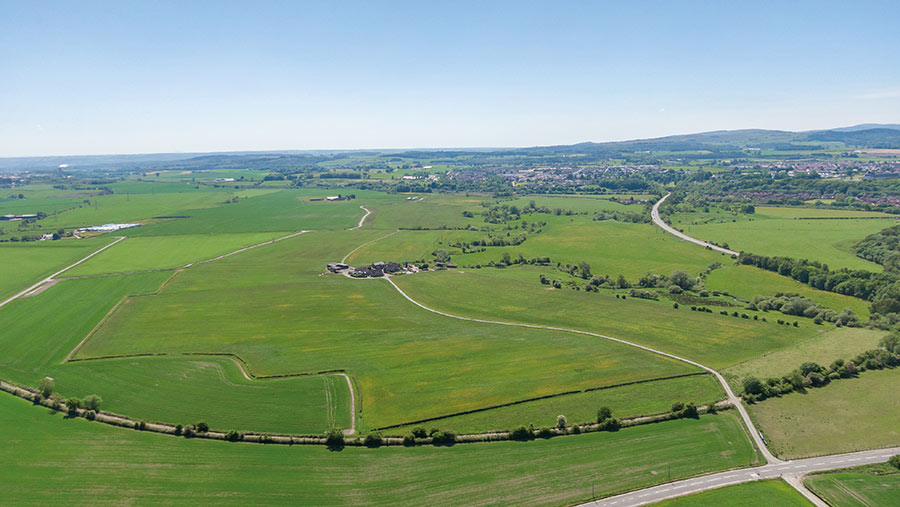 In Stirling, Stirlingshire, Galbraith has launched 125 acres of Grade 3.2 land and a few agricultural buildings at Redhall Farm.

Well suited for grazing, fodder or arable production, the land is available as a whole for offers over £515,000 or in four lots.