The region’s agents say buyers have been drawn to land with strategic or diversification potential, while sellers have disposed of land to free up cash for alternative investments.

Forced sales as a result of low farmgate prices are not evident, and competition for tenancies remains fierce.

Establishing itself as the most highly sought asset this year has been land with more than simply agricultural base income.

Assets with an additional element of strategic potential – or, indeed, other features of specific interest to any given buyer – have sold well.

While land values have fallen over the past 18 months, what we have actually seen is a greater variation between those hotspots that are high in demand, and those that are not.

However, agricultural land without the scope for alternative use, in the 75 acres-plus range, has struggled in this market.

Directly ahead of the Brexit vote, there was a glut of land that was subsequently seen to be overpriced, and following the market hiatus, this has also failed to generate interest – a hard lesson for vendors. If land is not reasonably priced, there is a limited depth to the market interest.

Overall, the number of buyers that we’ve seen this year has been lower, and they have all been erring on the side of caution.

There’s been a greater wish to buy privately, which has also affected the number of deals done.

While supply in other regions has been affected by low farmgate prices, the eastern region – with its comparatively low livestock density – has seen and is less likely to see an increase in forced land sales, but some may think that it is time to sell ahead of financial pressures once subsidies are reduced.

It has been a tale of two halves for the East Anglian farmland market across 2016.

Firstly, the range across the region has widened and is becoming increasingly dependent on location.

The best land in prime locations, such as along the Cambridge knowledge corridor, is still in demand with prices holding up well. In less accessible locations, which are more dependent on agriculturally focused buyers, we have seen prices drop back.

The fundamental market drivers of tax investment and expansion are still very much in play.

There is still demand from established farmers looking to expand. However, tenants are now driving a harder bargain than in previous years and this, combined with a sustained period of low commodity prices, has led to a softening of rental prices.

We recently offered a farm for tender near Ely and this generated very strong interest locally, illustrating that in the right parts of the region farmers are still looking to expand year-on-year.

Tenanted land on offer through East Anglia has increased. A number of farmers are looking to let their land while they watch the marketplace and make decisions on whether to sell.

Undoubtedly, the market has softened.

It is hard to specifically pin particular blame on Brexit for this and the reduced levels of activity in East Anglia in 2016. Land being acquired by farmers is, I believe, relatively unaffected.

There have been fewer launches compared with last year, but there has been probably a higher number of 150 to 200-acre bare land opportunities and prices have varied very considerably.

Family reorganisation, forward planning for tougher times and realising cash for alternative investments seem to be the drivers for disposals of the bare land identified so far.

Productivity, at the moment, is heavily underpinned in most cases, by the subsidy payment. If we lose subsidy, we lose an element of the financial return which drives rents.

Having said that, I am a great believer in investing in land, which will generate profit without subsidy, leading investors towards the best possible land they can acquire, being high quality soils, preferably backed up with irrigation.

Strong local interest in securing a tenancy has been shown in tenders for 387 acres of Grade 1 arable land with farm buildings at Little Downham, five miles north of Ely in Cambridgeshire.

Applications are being reviewed now for the five-year farm business tenancy marketed by Cheffins.

Lodge Farm, 12 miles from Bury St Edmunds in Suffolk, was sold with planning permission to convert two old barns into houses. The opportunity to add value to the 146-acre arable farm with Grade 2 soils appealed to a variety of buyers, and sold in two lots.

The guide price was £1.735 million with Bidwells. 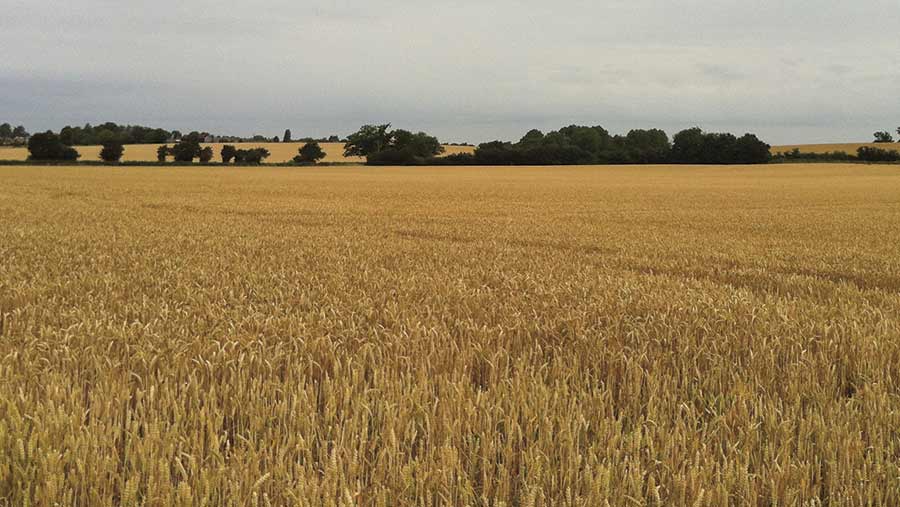