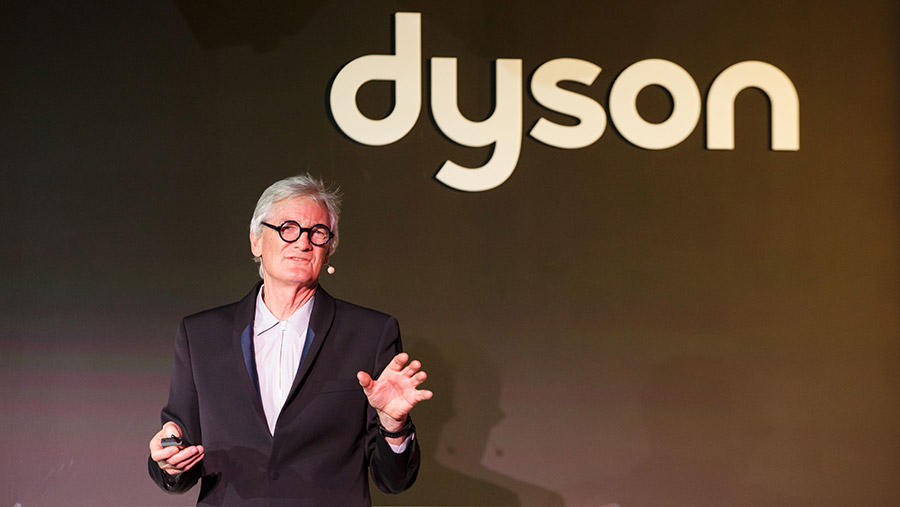 Details revealed in accounts filed for Beeswax Dyson Farming, the company which controls the 71-year-old’s agricultural interests, show a £37m spend on land in 2018.

This brings the total farming area up to 14,163ha, an increase of around 800ha since January, with all land situated in Lincolnshire, Oxfordshire and Gloucestershire.

See also: Who is buying Britain’s largest farms and for how much?

The Brexit-loving entrepreneur earned about £8.2m from the sale of farm produce, while £6.1m came from its two anaerobic digestion plants.

The company says it grows 2,150ha of energy crops annually, which generates enough energy for 10,400 homes, and has plans to expand its facility at Carrington in Lincolnshire further.

Spending on freehold land and property in 2017 was £58m, and the company says it has spent £92m in the past 5 years on new technology, equipment, infrastructure anaerobic digestion plants and other improvements, including £6m on land drainage.

However, the numbers are dwarfed by the size of his manufacturing business, which has a turnover in the region of £3.5bn.

Sir James is currently working on one of his biggest projects to date, a £2bn plan to design and build electric cars.