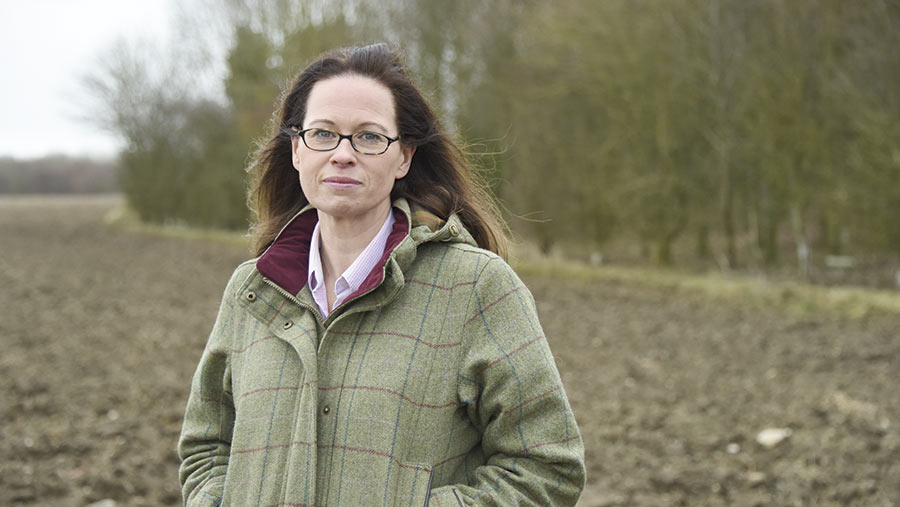 Succession planning is commonly defined as the process of passing a farm from one generation to the next.

Done properly the outcome should provide clarity over the future of the business and the destiny of those involved in it.

But the outcome of the process doesn’t always mean those involved will continue to farm.

For the 3,204-acre (1,296ha) Rainthorpe Estate near Lincoln, a conversation about succession has led to its owners making the extremely difficult decision to sell the £25m combinable crop enterprise.

See also: Experts give their tips on farm succession

On 23 February it will be launched by Savills and Fisher German to become one of the largest commercial farm sales seen since Co-Op Farms.

In an exclusive interview with Farmers Weekly, Helen Clarke – who took on the farm following the sudden death of her father, John, in 2010 – says the short-term outlook for farming does not provide her with enough confidence to buy out her three brothers and commit the rest of her working life to the farm.

It will mean an end to her involvement in an enterprise dramatically scaled-up by her late grandfather, Jim Rainthorpe OBE, from just one holding in 1946 to the huge operation it is today.

Helen says selling was the hardest decision the family could have made, but that ultimately it is the right one.

From classroom to farmyard

Helen, a primary school teacher of 14 years, took the reins in January 2011.

Two of her brothers had shown an interest in agriculture, but had decided on alternative careers, while her youngest brother was training to be a teacher himself.

“I saw it as a short-term fix to get everything stable. Seven years on, I’m still here,” Helen said.

“I’ve thoroughly enjoyed learning from the bottom up but it has been incredibly challenging.” 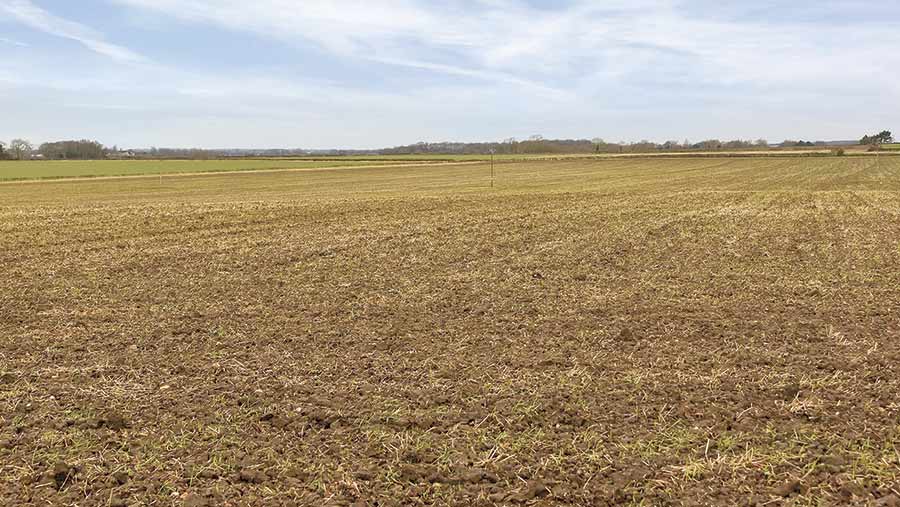 A huge amount of support has come from her team – foreman Andy Worthington has spent his life on the farm, and the shortest serving member of staff has been in post for nearly a decade.

“My initial goal was to safeguard the company and buy time, then I started looking for investment opportunities.”

She scoped out eco-tourism diversifications, farm building conversions as well as broiler and pig units.

But she knew succession would have to be resolved if she was to take sole control of the farm’s destiny.

With the help of Mike Mack, a Savills business consultant specialising in succession, a family meeting was held where one of Helen’s brothers said he was planning to move to Canada and needed capital.

“From that day on, timescales became tighter. That was the catalyst,” Helen said.

Mike drew up a report outlining the different options available to the family.

It projected finances and what they stood to gain and lose from in-hand farming, appointing a manager, contract farming and selling up.

A further meeting, held on neutral territory, evaluated each option.

Helen said: “We all spoke about what the farm meant, what sort of hold it had over us and also what we wanted from the future.

“We could then make a joint decision.” 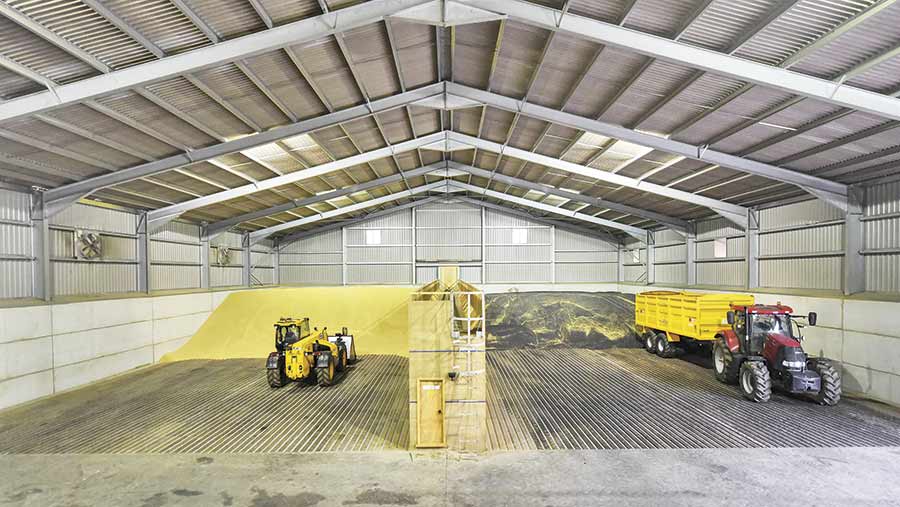 Helen says she was surprised at what the process extracted from her.

“The discussion freed me to admit that I’d like to spend more time with my family.

“I have 14-year-old twins and I’ve gone from being a teacher in their school with summer holidays to having no summer holidays and hitting my busiest time while they are at home.

“There is that guilt at all times of being a woman in the farming industry with a family and trying to do the best for the workmen and for my children.

“I’m 46, and I thought ‘do I want to get out at 56 when they have flown the nest?’ You only get one chance, and losing my dad amplified everything.

“I was in tears, but selling the farm was the only way to get what we were all looking for. It came to the fore that I was ready for that.

“I knew I didn’t have the desire to buy out the farm and invest my time in creating new income streams while continuing the core operation.”

Brexit could have been the excuse for the family to park succession. But instead it has influenced their decision.

Mike Mack said: “These are big decisions and people are often scared. They will put barriers up to put off making a decision.

“Brexit could have been a really big one, but the family was open enough to use it as part of the process.”

Helen added: “Without Brexit I would feel confident in terms of farming but tackling succession has given me the chance to evaluate where I am in my life.

“It’s the right time for me to get out.”

Tackling succession in the open 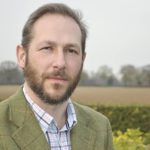 Savills consultant Mike Mack said the family dynamic and the needs of the individual drove succession discussions. He advises other farmers in a similar position should:

“Big characters will speak a lot, while others say nothing. Everyone’s view matters, be it the youngest or the least experienced, and all must have their say for it to be a proper process.

Prepare for bumps in the road

“There will always be times when people don’t get their way, but if you have the discussion then you have the opportunity to put everything on the table.”

“Being off-site for important meetings really helps. Around the kitchen table at home you’ll see all family members reverting back to their traditional places. You have to take them out of their environment.”

“Do not discuss succession in small groups. All communications – however trivial – should be shared with all involved.”

Consider tax but don’t be driven by it

“Have a set of objectives to meet. In this case we got all the solicitors and accountants in the room and told them what we were going to do. We then challenged them to do it in the most efficient manner, but we didn’t change our objectives just to save tax.”

Inside the farm gates

It’s been a long time since a commercial arable unit the size of Rainthorpe came up for sale in Lincolnshire.

Five modest properties – all let – are the only non-agricultural components of what is otherwise a farm fit for a large-scale investor.

Lotting could see the farm split in to seven principal lots, but joint agents Savills and Fisher German expect high net-worth individuals to take a serious look at the proposition.

“Agricultural farmland of scale, is still seen as very appealing to high net worth investors looking to diversify their investment portfolio, as it is a stable and tax efficient investment as well as having the enjoyment of owning land,” said Andrew Pearce, head of Savills northern rural agency.

“There is no doubt that there will be also significant interest in the lots locally.”

Soils range from blow-away Grade 2 sand at one end to Grade 3 clay at the other, with everything in between.

John Rainthorpe, Helen’s father, was an early adopter of technology and the farm was one of the first in the country to invest in min-till applications.

Helen has followed much the same path but uses the plough to tackle compaction and grassweed pressure.

Seed and fertiliser rates are precision mapped and applied, and the farm is slowly winning the blackgrass battle, with spring cropping a major factor.

The farm has two main sites – Reasby Hall at Reasby and Westhall Farm at Welton five miles away.

There is 9,700t of grain storage with a 5,000t store at the main site, which also has gas drying facilities.

There is a weighbridge at Friesthorpe, and two main workshops.

Helen said: “The farm is profitable, in fact, the budget is showing this year is panning out better than last year.”

A 120kW solar array has been installed on one of the sheds, and there is a small woodland plus a number of small ponds and biobeds which were part of an Adas project.

BPS entitlements will be transferred to the buyer or buyers on completion.

After being a tenant farmer at Saxby, near Lincoln, Jim Rainthorpe bought West Hall Farm in Welton in 1947.

By 1971, he had amassed land and holdings at nine other sites, taking the acreage close to its current size. One sales ledger shows a transaction of £37/acre.

John joined the business to work under his father before the farm was split in 1986.

In 2000, the operation is brought back together following Jim’s death, and farmed as a whole under John and subsequently Helen.

Today it is known to many farmers who have visited the Tillage events which Rainthorpe hosted last September, and also as a trial site for Bayer’s blackgrass work and Frontier’s variety trials.